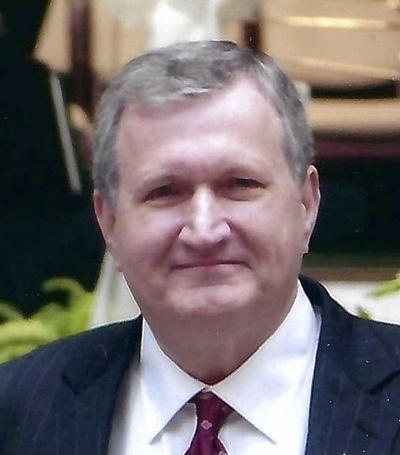 Bill was preceded in death by his parents TJ and Virginia; sister, Joan Gray; brother, Tom Hill; and grandson, Andrew.

Bill graduated from West High School in 1964 and went on to work at Electrolux/Frigidaire for 29 years as National Director of Service and Support.  After retiring from Electrolux, he worked as a home real estate appraiser for many years, enjoying this new line of work and meeting new people.  He was later diagnosed with Parkinson’s Disease and reluctantly retired. Bill and Sue were actively involved in ministry during their 50 years of marriage.  He spent many early years leading in AWANA and later serving in men’s ministry at Northwest Bible Church. Some of Bill’s passions included spending time with his children and grandchildren, cheering on the Buckeyes, and traveling to California to visit his sister (and often threatening to move there).  He loved music, and was always wanting to share a song he heard.  He also liked watching airplanes take off with his grandson, going to classic car shows, and playing cards (especially playing Euchre with his brother, Tom).  Bill was never without a sense of humor, constantly joking and joshing with those around him.  In his final years living at Brookdale Muirfield, he was a lively and well-liked resident and kept the staff around him on their toes.  He had a fondness for apple fritters and coffee, and his family and the staff often indulged him in this.  He participated in many of their resident activities and often led Bible studies with his fellow residents.  He desired to be a testimony of his Living Savior to the end.

A Celebration of Life service will be on Saturday, March 5, 2022, at Northwest Bible Church, 6639 Scioto Darby Road, Hilliard, OH, 43026. Visitation will begin at 10:00am with the service immediately following at 11:00am; Pastor Ken Harrell officiating. In lieu of flowers, the family encourages donations to Brookdale Hospice.

To send flowers to the family in memory of William Hill, please visit our flower store.