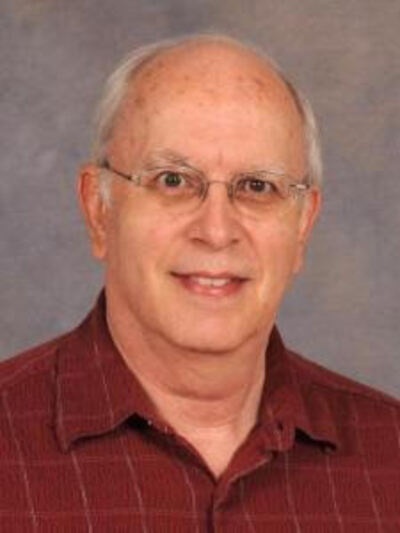 “Information is Not Education”
Dr. Walter Timothy “Tim” Rhodus, son of Walter and Grace Rhodus, was born on May 29, 1953 at the Flower Hospital in Toledo, Ohio. Tim was the only child in their family and was close with his cousins Andy and Fred Keller. Tim spent much of his childhood moving around different parts of the United States and Germany, being in a military family. Throughout his childhood he was an avid comic book collector and a basketball player, but his biggest passion was with Boy Scouts. Tim earned the rank of Eagle Scout at the age of 13 and was actively involved until he was 18. During this time, Tim developed his love for rock n’ roll while listening to bands like Pink Floyd, Led Zeppelin, The Doors, and The Who.


After graduating high school in Killeen, Texas in 1969, he moved back to Ohio to attend Bowling Green State University. In addition to pursuing his studies in business administration, Tim continued his love for rock n’ roll by attending more shows. During this time, he met his future wife Margaret “Peggy” Louise Simon. Their relationship continued after his graduation in 1975 when he and their dog Sunshine moved to the Cleveland area. While Tim was hired as an Assistant Production Manager, his knowledge for plants and horticulture sprouted as he began working at Sunnyside Nursery in Columbia Station. Tim and Peggy were married at Prout Chapel on BGSU’s campus in 1977.


Tim continued his academic career at The Ohio State University in Columbus, Ohio to pursue his Masters and PhD specializing in Agricultural Economics. Their time together living on Neil Avenue involved riding bikes through the Park of Roses, going to concerts, and eating at Zantigos on Saturday mornings after cleaning their house. Upon graduating in 1985, Mr. Rhodus became Professor Rhodus, being hired as an Assistant Professor in the Horticulture Department at OSU.


Tim and Peggy began another phase of their lives as they moved to their forever house on Hayden Falls Drive. They had their first child Kevin in 1990, Brian their second was born in 1992, and finally Ethan was born in 1994. Tim and Peggy spent the next section of their lives giving them a wonderful childhood spent swimming in the summers, being involved with Boy Scouts, and family trips around the state and country. Throughout their lives Tim individually devoted himself into each one of his son’s lives in such personal ways. From filming and producing theater and marching band performances to making pinewood derby cars, Tim became invested in what each of them were passionate about.


As an educator, Tim expressed what it meant to be a visionary in the way technology interacts with our world. Tim consistently and quickly mastered every form of new technology from creating the University’s first websites for online plant facts, to developing the first apps and curriculum for teaching with iPads, to integrating online resumes and portfolios as a part of students experiences, and creating Virtual Realities in order to share gardens with the world, Tim was able to creatively think about ideas and make them happen. His work expanded outside of the classroom with being a part of the Faculty Senate and the Exploring Learning Technologies community. His work extended past OSU, with his involvement in the American Society for Horticulture Science (ASHS), as well as his work with the Ameriflora International Horticulture Exhibition in 1992. Tim was awarded Emeritus Professor status upon his retirement in 2019.


His life will be remembered by his wife Peggy Rhodus, his children Kevin (Linda),Brian, and Ethan Rhodus, and his granddaughter, Bryn Rhodus. His life will also be remembered by his extended family including many brothers in-law, sisters in-law, nieces, and nephews. Additionally his life was shared with close friends and colleagues including Jim Kuck, Scott Biggs, Bud Witney, and Elaine Eberlin.


A private graveside service will be held at 10:00am on Friday April 24, 2020 at Wesley Chapel Cemetery, 3225 Dublin Road, Hilliard, Ohio. Condolences may be sent via https://www.tiddfuneralservice.com/. In lieu of flowers memorial donations in Tim’s name may be made to the Chadwick Arboretum, 152 Howlett Hall 2021, Fyffe Rd, Columbus, OH 43210. Plans for remembering the life of Tim Rhodus will be shared in a future date in the summer. To view or share photos: https://bit.ly/3eFiIs8.
To send flowers to the family in memory of Walter Timothy "Tim" Rhodus, please visit our flower store.