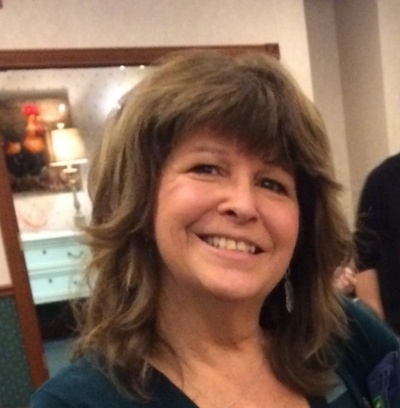 Teresa “Teri” Lynn (Rosemeier) Sayre, age 60, passed away Sunday, May 24th at Riverside Methodist Hospital.  Teri was born on July 18, 1959, to Art and Suzanne (Flickinger) Rosemeier.  She grew up in Hilliard, Ohio where she enjoyed being a part of 4H, particularly working on sewing and cooking projects.  She graduated from Hilliard High School in 1977 where she was crowned Homecoming Queen.  She went on to attend Columbus Business University.  Following school, she worked for Central Ohio Credit Union as an executive secretary.  She also worked as a secretary for Independent Insurance Agents, as well as Hilliard Heritage and Hilliard Memorial Middle Schools. Teri was more than a strong personality; she had an energy about her that was impossible to go unnoticed.  That energy drew people towards her and formed countless relationships and friendships along the way.  Although, her chapter here on Earth is closed, her time with us was invaluable and will leave a lasting impression in its wake for many years to come.  She is preceded in death by her loving mother, Suzanne Rosemeier.  She is survived by husband, David “Chris” Sayre, daughter Kristen (Jon) Witham, and son, Shawn Sayre.  She is also survived by her three grandchildren; Lila, Luke, and Emma who lovingly referred to her as “Nana”.  She is survived by her father, Art Rosemeier, sister Lynda (Gene) Martin, brother Rick (Bonnie) Rosemeier, as well as many cousins, nieces, nephews, and friends.  Family will receive friends Friday, June 26, 2020 from 4-7 pm at the TIDD FAMILY FUNERAL HOME, 5265 Norwich St., Hilliard, OH 43026; where funeral service will be held 10 am Saturday, June 27, 2020. Inurnment Wesley Chapel Cemetery.

To send flowers to the family in memory of Teresa Sayre, please visit our flower store.