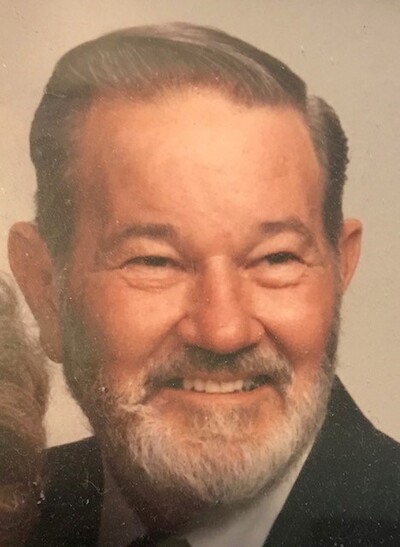 Born in Columbus, OH, he lived in the “Bottoms” growing up and attended Central High school before being drafted into the infantry during WWII. He was stationed in the Philippines for a time, served as a medic in the infantry, then was part of the occupation forces in Japan as an engineer.  He was honorably discharged in 1946 after the war, at the rank of Sargent.

In 1947, he married his sweetheart and they eventually settled down in New Rome on the far west side of Columbus.  He acquired a teaching degree and taught at Obetz schools for a while, then Hamilton Local Schools from which he retired in the early 1980’s.  He was a member of Columbia Heights UM church, but also later attended Springdale Baptist in Marysville, Ohio where he had a country home on 20 acres.  He loved to fish, and kept active taking care of the property, spending time with his grandkids, and writing Poetry.  He wrote over 3000 poems, and authored 2 books of Poetry, one of which is still in print and available on Amazon and other online bookstores.  He also was an ordained minister and served as Chaplain for the Plain City Food Pantry for over 30 years, and was a long time member of Woodmen Life, Central Ohio Chapter 1.

Viewing will be held Monday October 26, from 2:00-3:00pm at Sunset Cemetery in Galloway, OH inside the indoor Chapel/Mausoleum, with a Funeral Service at 3pm followed by a Military Service.   **Please meet at 1:45pm in the front parking lot of the Cemetery and you will be escorted to the Mausoleum in the back area of the cemetery. If you plan to come later, you may simply go straight back to the back area and you will see the building and parking area there.

NOTE: We plan to hold “A Celebration of Life Ceremony” on Stanley’s birthday in June of 2021.

In lieu of flowers, donations may be made to The Plain City Food Pantry http://www.plaincityfoodpantry.org/ , Springdale Baptist Church in Marysville, OH, or St Jude’s Hospital.

To send flowers to the family in memory of Stanley Griggs, please visit our flower store.