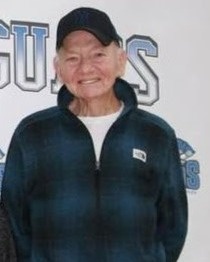 Rush F. Hatfield, age 82, of Galloway, passed away peacefully at home surrounded by family on September 17, 2022. Retired from Worthington Industries after 40 years. Rush was the manager/coach of Worthington Steel/Industries softball team for many years. He was inducted into the ASA Softball Hall of Fame in Columbus, OH in 1995 and the USSSA Softball Hall of Fame in 2014. He was also inducted to the All-Century Team in 2014 and dedicated to the “1960’s Team.” Rush won his first National softball tournament in 1995 in Georgia and several thereafter.

After retirement, Rush enjoyed his grandchildren in all of their sports activities, never missing a game or wrestling match.

To send flowers to the family in memory of Rush Hatfield, please visit our flower store.