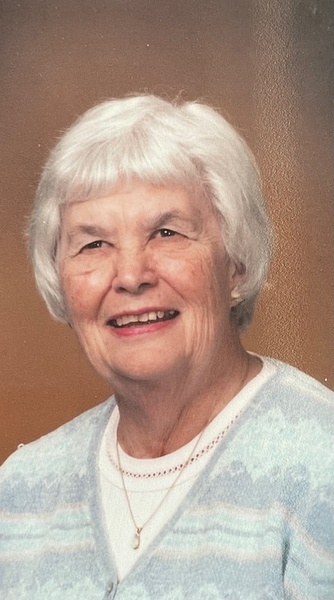 Rosemary Ackerson, age 93, of Hilliard, passed away January 31, 2022. Born in Chicago, Illinois, she would spend her earlier years living between Chicago, Illinois and Passe-a-Grille Beach, Florida. She then moved to New York City, New York. She eventually met her husband Herbert Ackerson. They started their family and lived in several other communities before moving to Hilliard, Ohio. They finally made Hilliard their home, where Rosemary lived and loved the area for 57 years. She was a member of Resurrection Lutheran Church in Hilliard, Ohio and volunteered at Lutheran Social Services. She thoroughly enjoyed attending and supporting her family’s activities. She was an avid sports follower. When asked what section of the newspaper she would like to read first, the answer was always the sports page. She was a supporter of The Ohio State Buckeyes, Cincinnati Bengals and Reds. She was a golf and bridge player and participated in both with members from the Brookside Country Club community that she was quite fond of. She enjoyed reading and the challenge of a daily crossword puzzle and was fond of the performing arts and took pleasure in attending events. She appreciated the opportunity to travel, be it near or far, and the rewards traveling bestows. She is loved and missed. Preceded in death by, her husband Herbert Ackerson, parents Albert Kraus and Mary Kirkpatrick, grandparents that helped to raise her, Rose and John Hanskat, siblings Robert and Jack Sutter, Albert Kraus Jr. Survived by sister Shari McPherson, children Carol Ackerson (Douglas Trucano), Dr Laird (Jacqueline) Ackerson, Scott (Catherine “Cathy”) Ackerson and Keith Ackerson, grandchildren, Natalie (Dylan) Gaver, Kenneth (Brittany) Ackerson, Kayleigh (Corey)Snyder and Alexandra ”Lexie” Ackerson great Grandchildren Savannah, Bellamy, Caroline and Fallon Gaver, Kennedy Ackerson, Daisy and Daniel Snyder. A Celebration of Rosemary’s Life will be held at 6:00 P.M., Wednesday, July 13, 2022, at the Resurrection Lutheran Church, 3500 Main Street, Hilliard, Ohio, 43026.

Please have all flowers delivered to the church.

To send flowers to the family in memory of Rosemary Ackerson, please visit our flower store.