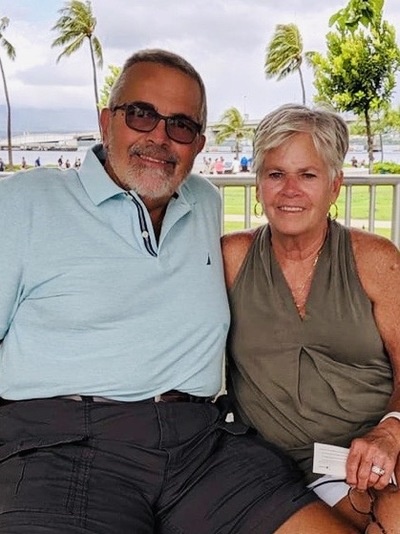 Ronald “Ron” Roger Rhoads, age 70, passed away peacefully at his home in Columbus, Ohio on January 23, 2020 surrounded by his loving family. He was recently diagnosed with terminal cancer and was supported through his last days with the excellent home hospice care provided by Mt. Carmel Hospice.

He was born in Reading, Pennsylvania in 1949, to his parents Elsie and Donald. Ron often joked about how all of his schooling took place on the same street. He attended Eleventh and Pike Elementary, Reading High School, where he was a Golden Gloves boxer and graduated from Albright College. He proudly served our country as a member of the US Army during the Vietnam War. After coming home from service, he married Peg (deceased), and together, they raised their son, Brad until Peg’s death in 1997.  In 2003, Ron married Janet Sherman, and welcomed her three daughters as his own.

Ron’s career with the railroad brought him to live in several places beyond Reading including Canton and Columbus, Ohio; Indianiapolis, IN; and Douglassville, PA. In retirement, Ron spent time in Deltona, FL and Murrells Inlet, SC.

Ron was a friend to all, whether he knew you for the length of a drink at a beachside bar or for a lifetime. He genuinely cared about people and connected easily with others through his wit and vivacious personality. He made many treasured memories and friends in the Reading street-rod community, enjoyed fishing, furniture making, and served as the HOA board president in his communities in Columbus and Murrells Inlet. Real-estate was a big part of his life. He owned more than 23 houses, remodeled and “flipped” several properties, and even had a stint as a realtor. He played a mean game of pool!

Ron’s crowning achievement was being a loving father, husband and friend to many. He leaves behind his wife of nearly 17 years, Janet Sherman, son, Brad (Melissa Sousa), and three daughters, Heather, Jillian (Christopher Bolter), and Meredith.  He was the best Pop-Pop ever to Hayley, Courtney, Elizabeth, Andrea and Margaret, and grand-dog, Lucy. He is also survived by his brother, Stanley (Karen), nephew Kevin and niece Stacey. He will be fondly remembered by his friends and family, especially Janet’s siblings, Rick, Mark (Ruth), and Margaret (Edward) with whom he became especially close.

Family, friends and others whose lives Ron touched are invited to Tidd Funeral Home, 5265 Norwich St, Hilliard, OH 43026, on Monday from 5-7 pm to reminisce, support each other, grieve and chat. Following the viewing, a short service will be held (onsite at Tidd Funeral Home) presided by Rev. Peter DeWitt of Agathos Church.

For those unable to travel to Ohio, the family will be offering a funeral Mass and gathering in Wayne, PA sometime in February. Details to follow.

In lieu of flowers, please make donations to Mt. Carmel Hospice, via the to the Mt. Carmel Foundation.  6150 East Broad Street. Columbus, Ohio 43213.

To send flowers to the family in memory of Ronald Rhoads, please visit our flower store.