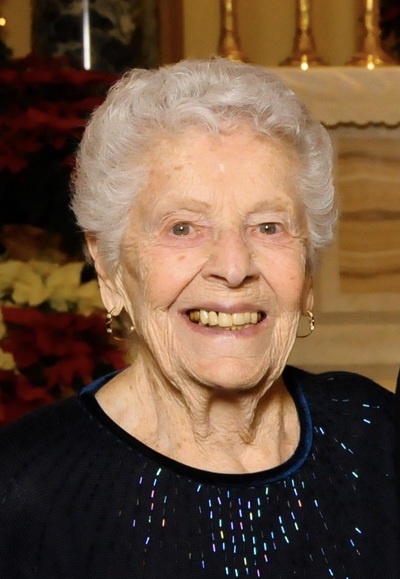 Roberta “Bobbie” W. O’Neal, wife of the late James O’Neal, passed away peacefully on November 25, 2020 at the age of 98. Bobbie is survived by her children Peggy (David) Coyle and Steven (Joanna) O’Neal, 6 granddaughters, Jaime, Ashley, Amanda, Stephanie, Tiffany and Kirbi and great-grandchildren Lexi, Chase, David-Ray, Charlie, Declan, Jesse and Jackson. Family was so important to Bobbie that she also had incredibly special relationships with nieces, nephews, and close friends she considered family. Bobbie was born into a close-knit family on September 8, 1922 in New York City where she lived with her parents and older sister, Elaine. Inspired by many teachers in her life, when she graduated from Boston University in 1944, she moved to Harrington, Delaware to begin her own teaching career. It was there that she met and married “her Jimmy”. After almost 39 years educating Harrington’s youth, she retired from teaching in 1982 and was elected to the Lake Forest School Board serving two terms as President and one term as Vice President. Bobbie continued her involvement in the community she loved and later served as President of the Harrington Senior Center, member of the Delaware State School Board, member of Friends of Harrington Public Library, Harrington Business and Professional Women’s Club and served on the Advisory Council for the Kent County Division of Aging. In addition to her family and career, which were her top priorities, Bobbie enjoyed traveling, reading and was an avid bridge player. Bobbie will be greatly missed. A private burial will be held at a later date. In lieu of flowers, contributions may be made to the James and Roberta O’Neal Memorial Scholarship fund with the Harrington High School Alumni Association, PO Box 37, Harrington, DE 19952. Arrangements completed by the TIDD FAMILY FUNERAL HOME, Hilliard, OH. www.tiddfuneralservice.com

To send flowers to the family in memory of Roberta O'Neal, please visit our flower store.