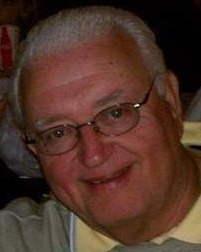 Robert H. Knight, 76, of Hilliard, passed October 6, 2022, at Riverside Methodist Hospital. He was a loyal
and devoted husband, father, grandfather, uncle, and friend to many who were blessed to know him. A
retired Project Manager from IBM, he spent nearly 20 years in service to his community of residence. He
was an avid sports fan and especially loved the Buckeyes and Blue Jackets, but was the biggest fan of his
grandchildren’s sporting endeavors and loved to attend their games. He was a skilled woodworker, and
creative canvas painter. He was preceded in death by his father Wade Knight and mother Edna (Slane)
Knight. He is survived by his loving wife of 54 years Mary Kay, his son and daughter-in-law Kevin
(Candace) Knight, and daughter and son-in-law Anita (Todd) Cory, three beautiful grandchildren: Grace
and Samuel Cory, and Addison Knight, sister and brother-in-law Linda (Larry) Beck, sister-in-law Martha
Beam, two nephews and five nieces. In lieu of flowers, the family requests that donations be made in
Robert’s memory to heart, kidney, cancer or diabetic research causes. Cremation services are entrusted to
Tidd Funeral Home of Hilliard, and no services will be held by Robert’s wishes.

To send flowers to the family in memory of Robert H. Knight, please visit our flower store.