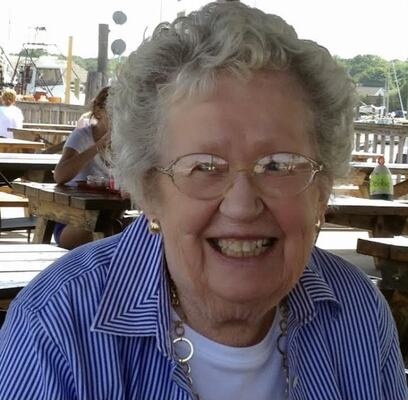 Rita Katherine Owings, 94, died October 14, 2021, at her residence surrounded by her loving family. She was born on October 7, 1927, in Battle Creek, Michigan, to the late Walter E. and Teresa Seery Wendell. On October 10, 1953, in Jackson, Michigan, she married Boyd T. “Tom” Owings, and he survives. They were married 68 years.

Rita was a graduate of St. Marys High School, Jackson, MI, St. Lawrence School of Nursing, Lansing, MI, and Michigan State University. She was a supervisor for the Michigan Department of Human Services. In 1972 Rita and Tom moved their family to Lima, Ohio where she worked as a supervisor for the Ohio Department of Human Services. She was a member of St. Charles Catholic Church for many years.

Rita and Tom had a wonderful life together. They took the family on many trips to northern Michigan, traveled extensively, and spent winters in Alabama. They had a large group of friends with whom they golfed, played Bridge, and socialized.

She was preceded in death by her sisters, Marilyn Wendell and Grace Goff.

A private memorial will be held at a later date.

To send flowers to the family in memory of Rita Katherine Owings, please visit our flower store.