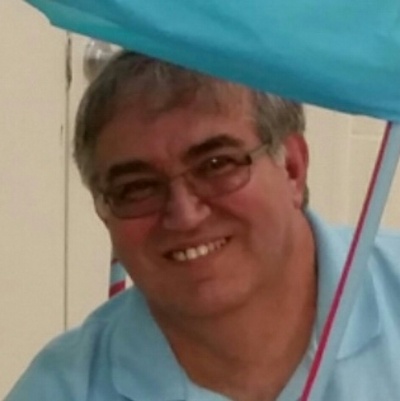 Paul A. Ward, born February 24, 1954, entered Eternal Life on Tuesday, October 29, 2019. Paul was the patriarch of the Ward family. A loving husband, brother, Godfather, uncle, son-in-law, brother-in-law and loyal friend, Paul passed away after a brief, yet courageous battle with an aggressively spreading bile duct liver cancer. He possessed a generous heart, had a great wit and a wonderful sense of humor.

Paul graduated in 1972 from Mohawk High School where he was a member of the “In The Know” team.  While in high school, he and two friends saved a mother and child from a burning second-story building.

Paul was a season ticket holder of The Ohio State Buckeyes and the Columbus Blue Jackets- where he was known to almost go hoarse from encouraging his teams on from the sidelines.  He enjoyed watching all sports and was working on earning his degree in “armchair quarterbacking”!  Paul also enjoyed the Arts- especially Michael Crawford musicals-and was a CAPA Broadway series supporter. An avid reader at an early age, history and mind-boggling mysteries were frequently on his list. He thoroughly appreciated hiking, white water rafting, zip-lining and experiencing the grandeur of the National Parks out West.

Paul worked for the US Postal Service for 32 years and was well respected by his customers and fellow employees.  His last assignment, prior to his retirement, was at the West Worthington station.

He met his future wife of 28 years, Joyce, when they worked together on the now non-existent MPLSM’s; however, it took him years to take the leap of faith and ask her out in a creative way!  His non-chalant, laid back approach to all challenges was commendable.

Paul was a faithful parishioner of St Brigid of Kildare Catholic Church.

Paul is also survived by his sister Sue Hannah, his nieces and nephews, Toni Hannah, David Hannah, Stephanie Hannah and Nikkie Hannah and his many loving great-nieces and great-nephews.

If they choose, friends may make a memorial contribution in recognition of Paul's love of animals to any Rescue Organization.

Please share your favorite memory of Paul on this webpage or send your condolences to his family.

To send flowers to the family in memory of Paul A. Ward, please visit our flower store.