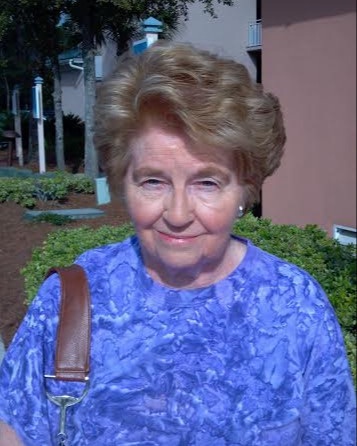 Patti was 90 years young when she passed. She still had fire in her when she died. She left this world on her own terms.

Patti attended Rosemont College in Pennsylvania. She graduated in 1954. When she attended Rosemont, it was an all-girls school, which has since become coed. After college she became a high school teacher at Hartford Public High School in Connecticut for 10 years. She taught English, History and Special Education.

Patti has two surviving children, Daniel Richard O’Connor and Mary Connaught O’Connor. Her husband, Richard Daniel O’Connor passed on November 5, 2016. They were married for 57 years. They met in Connecticut and after having their two children they later moved to Pennsylvania.

Upon moving to Ohio with her spouse and two children she continued to volunteer. She was an active member of St. Brigid of Kildare in Dublin, Ohio. She volunteered as a CCD teacher and was one of the first Youth Ministers at St. Brigid. She was also involved in the Bereavement Committee and the 55 Plus Club. Patti and Dick were named St. Brigid Honorees of the year for their service to the church.

She will be missed by her family and friends who have all be impacted in different ways.

Family will receive family and friends on Thursday, September 29, 2022, at Tidd Funeral Home, in Hilliard, Ohio from 5-7. Mass of Christian burial will be celebrated Friday, September 30, 2022, at 11:00 a.m. at St. Brigid of Kildare Church in Dublin, Ohio, followed by a luncheon in Hendricks Hall. Burial at Mount St. Benedict Cemetery Bloomfield, Connecticut at convenience of family.

Friends who wish to contribute to her name may give to The Office of Institutional Advancement, Rosemont College, Attn: Helen Sciubba 1400 Montgomery Avenue, Rosemont, Pennsylvania, 19010. In memory of Patricia O’Connor, Class of 1954.

To send flowers to the family in memory of Patricia O'Connor, please visit our flower store.