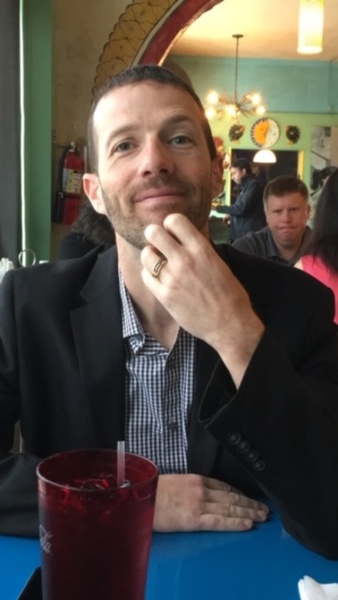 Nicholas “Nic” Ziccardi was born and raised in Columbus, OH to Alice and John (Zeke) Ziccardi on November 26, 1971. He passed away peacefully on August 7, 2020 surrounded by his wife, Kandi, sons Simon and Ben, his mother Alice and Simon’s friend Natalie. Nic had just recently been diagnosed with Creutzfeldt-Jakob Disease (CJD). Nic was the model husband and father, he always put his family first and never complained about how busy life was. He found enjoyment in his interactions with others and his love for learning was evident throughout his life. While Simon and Ben were growing up, Nic was involved in anything the boys were interested in. He served as a Coach, Scout Leader and an unofficial lacrosse team photographer, for over 10 years. He made an impact not only on his own children, but all those he helped through his mentorship. Nic enjoyed running and cycling, he always set goals to challenge himself and would encourage others to do the same. He qualified for and ran the Boston Marathon twice. He and Kandi participated in Pelotonia for 6 consecutive years helping to raise money for cancer research. Nic enjoyed traveling and loved telling others about a trip to Italy with the family, and an anniversary trip to Spain with Kandi. Nic and Kandi were married for 27 years. Nic graduated from Groveport Madison HS in 1990 and went on to earn a BA from OSU and an MBA from University of Phoenix. Nic was employed at N&ST as a Security Consultant, he had previously worked for Cardinal Health and AEP where he assisted in the development of Risk Management and Information Security policies. While working in this industry he earned much respect for his knowledge, hard work and dedication to his clients. Nic developed many professional and personal relationships which remained strong until his passing. Although he will forever be missed by those who knew him, the impact he has had on others will continue to make the world a brighter and better place. When you think about Nic, please consider what you can do to make a positive impact on those around you, and always tell others how much you love and care for them. That is what he did for us every day. Preceded in death by father John L. Ziccardi, Jr. “Zeke” and grandparents. Survived by loving wife Kandi Ziccardi, children Simon (Natalie Dixon) Ziccardi and Ben Ziccardi, mother Alice Royse and stepfather Terry Royse, brothers Tony (Heather) Ziccardi; their daughter Madison, and Ryan (Paige) Royse, father and mother in law Walt and Lana Cannon, sister in law Kim (Mike) Tackett, brothers in law Kriss (Ellen) Cannon and Kevan (Stephanie) Cannon, several nieces, nephews, aunts, uncles, special friends Adam and Denise Lipson and numerous other friends. Family will receive friends Saturday, August 22, 2020 from 1-3 pm at TIDD FUNERAL HOME, DUBLIN-PLAIN CITY CHAPEL, 9720 S.R. 161, Plain City, OH 43064; where a memorial service will follow at 3 pm.  There will be a lunch available during the visitation. In lieu of flowers, please consider a donation in Nic’s name to The National Prion Disease Pathology Surveillance Center (designated for CJD) or to Pelotonia. A GoFundMe has also been established in Nic Ziccardi’s name.

To send flowers to the family in memory of Nicholas Ziccardi, please visit our flower store.