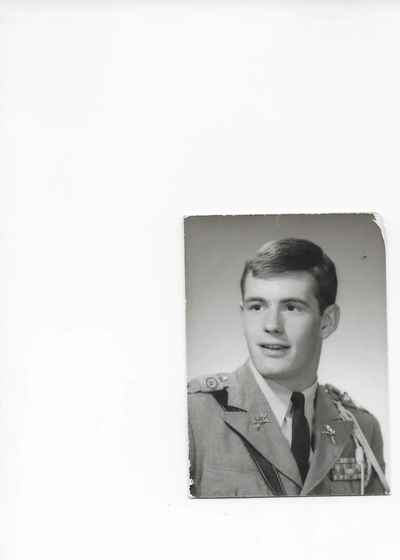 Michael Kingsley Skelton, known to friends as Mick, Mickey Red or Senior, passed away on January 25, 2020 after an eight-month battle with pancreatic cancer.  And even though he is not here, make no mistake, he won the war.  The man was a warrior and a winner.

Within five minutes of meeting Mick, you’d know that he was a cadet at the Kentucky Military Institute (KMI).  A graduate of the class of 1966, Mick knew that his beloved KMI made him what he was.  You could often hear him declaim the school motto, “Character Makes the Man.” Mickey Red nailed it.

At KMI he learned about honor, discipline and duty and he displayed them all as co-captain and star tight end of the football team.  He wore 88 on his jersey and carried the number with pride and a sense of humor, throughout his seventy-one years of life.  Anywhere a number or date was involved, Mick could find a clever way to reduce it to 88.  We all played this game with him.  He loved the spotlight.

Mick was a man of great physical and moral strength with a strong work ethic.  He worked his way up through his family’s coal business to eventually break off on his own and build his own company, Liberty Transport, LLC. Later he joined Oxford Mining Group, retiring in 2015.

His most important role was as a dedicated father.  When Mickey Jr. and Jennifer were young, he was known throughout the community to always be there for his children.  Whether it was a baseball or soccer game, swim meet, dance recital, golf match or any other extra-curricular activity, you could count on him being there and being the most enthusiastic parent.  Perhaps he was best known for his float building skills and for cheering on the “Mighty Wildcats.”

Mick loved golf and fishing and he was even known to combine the two.  He would carry his fishing pole in his golf bag in the case of a golf delay.  He appreciated a good bottle of Silver Oak.  He loved to meet buddies at Enrico’s for pizza and right-thinking political discussions.  He was the star of Sunday dinners where he led creative, action-packed games with his grandkids and never missed one of Andrew’s baseball games.  He took great joy in entertaining friends at the Refectory.  He always looked forward to the next Dublin Irish Festival.  He loved the Florida Keys, the Atlantis resort in the Bahamas and the location of the KMI winter campus in Venice, Florida.  He was even able to take his kids to Venice to tour his old stomping grounds for his 70th birthday.

He was an absolute charmer.  A force, a dynamo, and when you were in his presence, he made an impact.  He had a great sense of humor, was often dramatic and it was nearly impossible not to be drawn to him.  If you were lucky enough for the relationship to grow, you would have found the most loyal of friends.  We will mourn Mick, but mostly, we will cherish the honor of having him in our lives.

To send flowers to the family in memory of Michael Skelton, Sr., please visit our flower store.