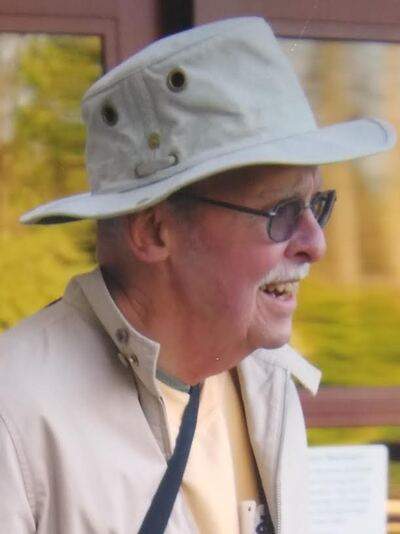 The Rev. Michael Warren Ellis, of Hilliard, died peacefully on Tuesday September 15, 2020 after living for several years with Parkinson’s and other health problems.  Preceded in death by his parents, Stanley and Frances Ellis, and his brother Christopher, he is survived by his loving wife of 57 years, Anice; sister Judith; children Martha and David; grandchildren Christina, Laura, Madeline, Julia, Andrew and Katherine; and great-grandson Jeremy, as well as many other loving family members and friends.

He joined the Lion’s Club while serving a church in Frostburg, MD, and became a Melvin Jones Fellow while participating in the Hilliard and Tri-Village clubs in Ohio.  He loved the outdoors and hiked the Buckeye State with the Heart of Ohio Hikers Club.  His other passions were reading Charles Dickens, flying kites and playing the recorder in early music groups. While always loyal to his adopted state of Ohio, his heart and soul belonged forever to the Atlantic Ocean and his beloved Cape Cod.

A private memorial service for family members will be held at St. Mark’s Episcopal Church in Upper Arlington. In lieu of flowers, memorial donations may be made in Michael’s honor to the Lion’s Club International Foundation.

To send flowers to the family in memory of Michael W. Ellis, please visit our flower store.