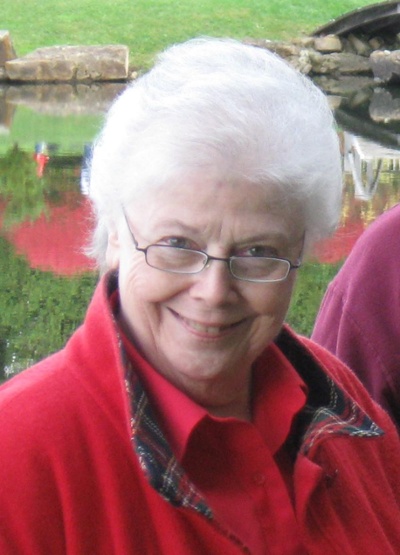 Merlyn Sue Killinger Weiant, (87), went to be with her Lord and Savior July 3, 2019, at her residence in Hilliard, Ohio. Sue was born December 16, 1931 Zanesville, Ohio to the late Merl William Killinger and Radna Ladine Staver Killinger. She graduated from Newark (Ohio) High School in 1950, going on to attend Ohio Wesleyan University where she became an active member of the Pi Beta Phi sorority. She married the late Warren Swift “Brud” Weiant III on October 10, 1953. As an Army wife, she followed her husband first to Austin, MN and then on to Paris, France. Their years in Europe afforded the couple numerous opportunities for travel that were long cherished. Returning to the United States, Sue settled in as a busy young wife and mother remaining in Ohio in the villages and towns of Marne, Newark, and Chagrin Falls. Over the years she was involved in numerous community, hospital, and local school organizations. Having been raised in the Methodist Church, Sue was a lifelong member and supporter of the ministry and mission of the church. Sue returned to college at Kent State University and completed a degree in elementary education. Instead of working with children in the classroom she chose to become a children’s librarian in Chagrin Falls. She ended her 30 year career retiring at the age of 75. Sue is survived by four children, Lucinda M. (David) Huff, Warren  S. “Buck” Weiant IV , William S. “Chip” (Anne) Weiant, and Jonathan T. “Toby” (Diane) Weiant; seven grandchildren, Jessica (Adam) Booth, Sarah (Stan) Frank, Katlyn (Mike) Carney, Leslie (David) King, William “Sam” Weiant, Laura Weiant, and Lydia Weiant; twelve great-grandchildren, Isaac, James, Matthew, Lillian and Samuel Booth, Blythe, Theo, and Arthur Carney; Spencer and Sadie Frank; Genevieve King (and one King on the way); one sister-in-law, Sally M. Weiant (Dave) Snider; and countless young adults who remember her as the Story Lady at the Library. “It was all for the children.” – Sue Weiant. A private family gathering and the interment of ashes will be held at a later date. Memorial contributions may be made to the Friends of the Chagrin Falls Library, 100 E Orange St. Chagrin Falls, OH 44022.

To send flowers to the family in memory of Merlyn Weiant, please visit our flower store.