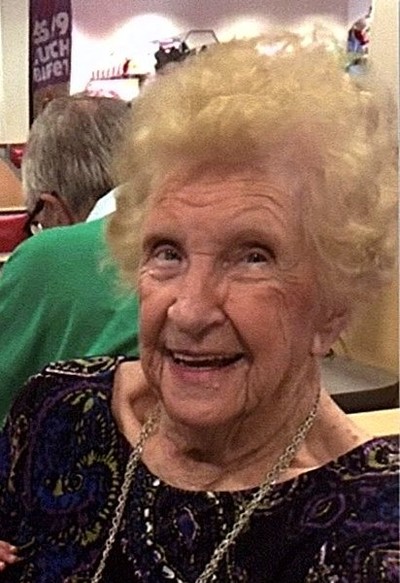 Conley, Melba A., age 97, passed away peacefully at the Convalarium nursing facility in Dublin, Ohio Saturday, October 26th. Melba was born in Drift, Kentucky on August 23, 1922 and was preceeded in death by her parents Marion and Amy (Meade) Martin; son Harold Dean Conley; brothers Don Martin and Gorman Martin. She is survived by her son Bill Conley along with grandsons Bill (Sarah) Conley, Craig (Amanda) Conley, Adam Conley and four great grandchildren, William, Sophia, Lucas and Addison. Melba was a beautician by trade and a loving mother and grandmother. In lieu of flowers memorial donations may be made to the American Parkinson Disease Association, 135 Parkinson Avenue, Staten Island, NY 10305 in Melba's name. Visitation will be held on Tuesday October 29, 2019 from 10AM - 12NOON at the Tidd Funeral Home, 5265 Norwich Street, Hilliard, Ohio 43026 with the funeral service starting at 12NOON. Burial will immediately follow in Sunset Cemetery.

To send flowers to the family in memory of Melba A Conley, please visit our flower store.