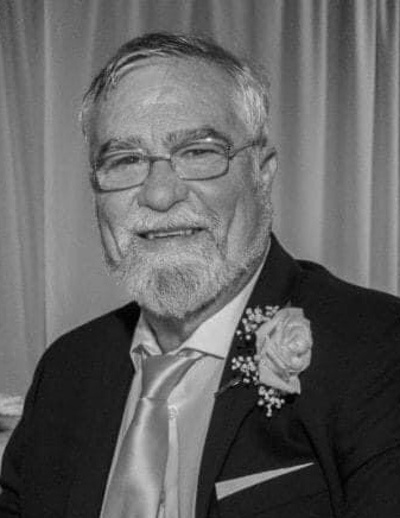 Mark R Phillips, 65, passed away on Nov 18th after a 9-month battle with seizures.  Mark was born in Miamisburg, Ohio to Claude (Toad) and Betty Burkhart Phillips and attended Our Lady of Good Hope Elementary School before graduating from Miamisburg High School (class of 1974) and the University of Dayton (class of 2000). He was a natural-born salesman and sold shoes, men’s clothing and cars before learning computer programming at Rets Tech and securing a job at the Mound Nuclear Facility, where he worked until the facility closed. Mark was blessed with a wonderful voice and sang for the Our Lady of Good Hope Catholic Church choir before moving to Columbus and singing for the St Margaret of Cortona Catholic Church choir.  As a child he sang with the Inland Boys Choir in Dayton. He was a storyteller (yes, those were true stories from his wild years), and always had a joke to tell – friends or strangers.  Mark knew no strangers and was a “life of the party” kind of guy.  He was very active at St Margaret of Cortona where he was a member of the church council and the Knights of Columbus.  He was an athlete in his younger years, running cross country and playing baseball and softball.  In his last years he worked out 5 days a week at Prairie Township Rec Center where he made many friends.  He loved his garden, UD, camping, the Buckeyes, making homemade ice cream and pies, and talking to anyone.  His final unselfish act was organ/tissue donation and he would be happy to know that he has helped countless others (Lifeline of Ohio).  He is survived by his wife Margaret (Miller) Phillips, his daughter Nicole, his step-son Shane Courtney of Miamisburg, his step-daughters Rebecca (Johnny Schaeffer) Bussard of Dayton, Rachel (Ian) Lander of West Carrollton, and Leslie (Justin) South of Dublin, his siblings David (Liane) Phillips of Cincinnati, Joyce (Paul) Cotner of Miami Fl, Bill (Sharon) Phillips of Germantown and Martha (Arthur) Gerold of Huron, as well as many nieces, nephews, aunts, uncles and friends. Family will receive friends Sunday, November 28, 2021 from 3-6 pm at the TIDD FAMILY FUNERAL HOME, 5265 Norwich St., Hilliard, OH 43026. Mass of Christian Burial will be held 10 am Monday, November 29, 2021 at St. Margaret of Cortona, 1600 N Hague Ave, Columbus, OH 43204.

To send flowers to the family in memory of Mark Phillips, please visit our flower store.