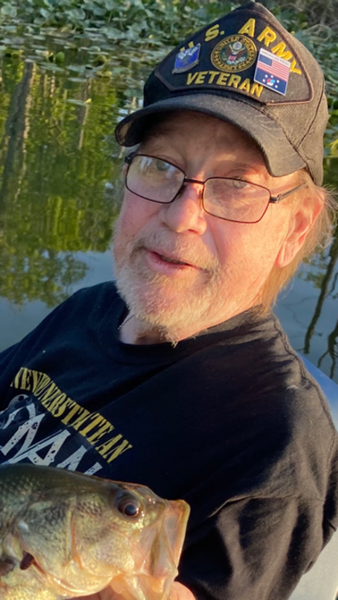 In lieu of flowers, friends are asked to consider a memorial contribution to Hospice of Central Ohio for they are angels on this earth.

Those that knew him understand that it is hard to describe Mark in words. He was one of the first American soldiers invited and graduated from French Commando School in 1977 with his buddy, Chris Brown. He used to describe himself as the “ultimate badass.” He was a paratrooper and pathfinder for the US Army. Both is father and grandfather were military pilots. He began performing comedy as part of Rathbone and Eubanks. He had to pleasure to be very good friends and often performed with Robin Williams. He performed on Joan Rivers first show with Robin Williams and Jonathon Winters. He performed in more Evening at the Improvs than any other comic; his two favorites are with Kareem Abdul Jabar and Amanda Plummer. He started the Secret Santa at the Funnybone comedy club in 1984, which raised millions of dollars for the Secret Santa organization through the 30+ years of performances, which was often hosted by John Rathbone and Dino Tripodis.

To send flowers to the family in memory of Mark Eubanks, please visit our flower store.