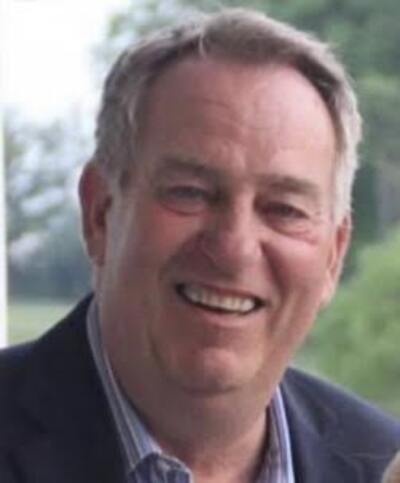 Mark William Cowan, 66, of Hilliard, Ohio, passed away peacefully at his home surrounded by his loving wife and children on January 12, 2022.

Born to Charles and Anna (Hickman) Cowan on September 10, 1955 in Columbus, Ohio.  He graduated from Walnut Ridge High School in 1974.  Mark was a self-made man starting at Stanley Electric, US Company in 1981 as a temporary employee and hired on full-time in 1982.  After 34 years of service Mark retired as the Executive Vice President.  Mark served on the Board of Directors for Madison County Hospital from 2009-2015 and was awarded the Madison County Chamber of Commerce Bell Ringer award in 2016.  Mark enjoyed golfing, landscaping, cooking and most any sporting event.  Mark loved all people and never met a stranger.  He invested in people and relationships throughout his lifetime.  He will be sorely missed by many.

Mark married Jennie (Wasson) Cowan in November 1998 and they shared nearly 24 years of exciting adventures.  They enjoyed their lake house in South Carolina and traveling as much as possible.  Mark’s greatest treasures were his children, Amanda (William) Linkous, Kelsey Cowan (fiancé Mike Burkett), and Grant Cowan.  He was a hands-on dad that would take great pleasure in embarrassing his kids but he always made sure they knew how proud he was of them and how dearly loved they were.  Mark also was blessed with three grandkids, Brea, Blake, and Brody Linkous whom he loved passionately.

Proceeded in death by his parents, Charles and Anna Cowan and brother-in-law David Kuhn.  Survived by sisters Candice (Greg) Buskirk and Leesa Kuhn.

Mark courageously fought Glioblastoma for 3.5 years but never lost his joy of life.  His sense of humor never waivered even though his daily challenges were enormous.  He showed us all how to live life to the fullest with grace, kindness, and dignity.

In lieu of flowers, please donate to your favorite charity in honor of Mark.

To send flowers to the family in memory of Mark William Cowan, please visit our flower store.