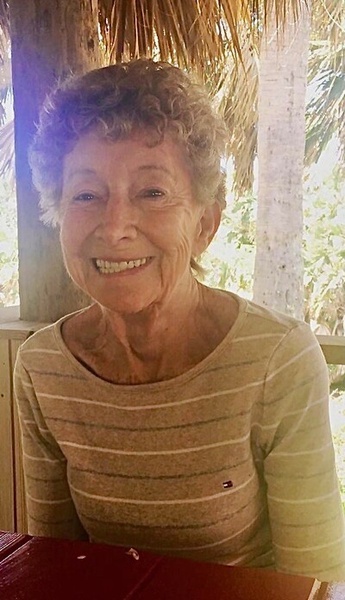 On June 5th , 2021, Ms. Margaret Jean Gillispie Cline went peacefully to be with the Lord. Born in 1934 in Rhodell, West Virginia. As the daughter of a coal miner, and equally hard-working mother. Jean, along with her sixth brothers and sisters, was raised in the mining town of Tommy Creek, WV. This is where she met Leonard Cline, her beloved husband of thirty-eight years. In their twenties, Lenny and Jean moved east, to Columbus, Ohio, where they started a family of their own. Her daughter, Sandy, and son, Mike, were Jean’s greatest joys. In Columbus, while serving as devoted parents, Lenny worked at a factory while Jean worked to become a highly regarded Oral Surgeon Assistant during the day, and continued her hard work, serving with her sister and cherished friend, Ruth, at the Rice Bowl Restaurant. She always held tightly to her hard-working Gillispie genes.

Known and loved by many as MawMaw, Jean always made family her first priority. She was a loving mother of two dear children. She never lived a day without her daughter knowing that she was her biggest fan. Her son never questioned her support and unconditional love for him. She later helped to raise her nine cherished grandchildren. If you were to ask Jean her greatest joy, she wouldn’t hesitate to answer, “my children and grandchildren.”

Jean was a country girl at heart, and after Lenny passed away in 1993 she single-handedly maintained their home on 5 beautiful acres for 20 years. As life progressed, Jean fell in love again with her late husband, Norman Brehm, of Somerset, Ohio. Both in their seventies, the two worked side-by-side tending to Norm’s large cattle farm. Jean loved her time outside, whether on her land, in the sand, or later on the back patio of the country home of her daughter Sandy and son-in-law Doug. Jean marveled at fresh cut grass, singing birds, shooting stars, and blooming flowers. She was never shy with her appreciation for her son-in-law ‘Dougie’s’ devotion to his yard, who taught her that a beautiful yard “doesn’t just happen.” Doug and ‘Mean Jean’ were buddies until the end.

Along with the outdoors, Jean had many lifelong passions: square dancing, bowling, euchre, nights at the casino, watching basketball, a cold generous pour of Sauvignon Blanc (enjoyed with the good time gals), sparkles on her clothes, and music with a catchy tune to name a few. She could be found at a cheer competition, swimming meet, football game or volleyball match cheering the loudest for her grandchildren. Or she may have been out shopping with her daughter, especially in preparation for their many treasured trips. From family beach vacations, girl’s cruises, to freezing visits to NYC, Jean was always up for an adventure. The only thing to hold her back from traveling, was if her cuddle doggy GusGus needed his favorite babysitter. There was always a spot on her recliner for her little Gussie.

Heaven gained the most thoughtful, compassionate, selfless angel. She will be dearly missed and forever celebrated by so many family and friends. Rest in peace our sweet Margaret Jean, until we meet again.

Donations may be made to the Central Ohio Diabetes Association in Jean's honor. Jean lived many years with Type 1 Diabetes.

Please visit www.tiddfuneralservice.com to share your favorite memories or to send your condolences to the family.

To send flowers to the family in memory of Margaret Jean Cline, please visit our flower store.