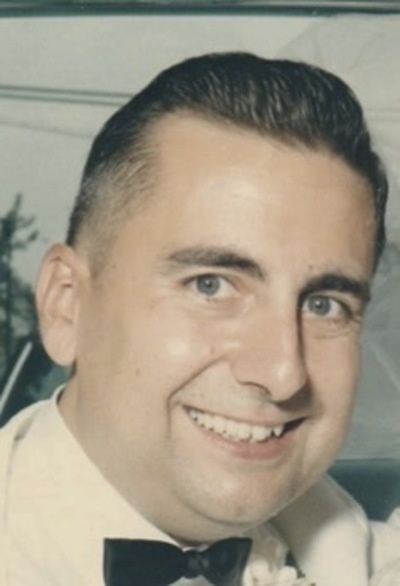 Malcolm Charles Daykin, we deeply regret having to announce the death of our father, Malcolm Charles Daykin in the morning of March 24th at the age of 87. Born September 2nd in 1933, Malcolm grew up in Cleveland, Ohio, the son of Irwin Harold Daykin, an insurance inspector for Hartford Steam Boiler Inspection, and Helen Milicent Dorer, an educator. He graduated from Heights High School in 1950 and went on to receive a degree in Mechanical Engineering from Lafayette College. He married Joanne Deardorff on August 10, 1968, and remained devoted to her until her recent passing in December of 2020.

Malcolm served two years of active duty in the Army between 1957 and 1959, assigned to the Third Missile Battalion of the 32nd Artillery as a Heavy Rocket Crewman. Shortly after meeting and falling in love with Joanne, Mal took a job at Menze Sales, who just happened to be looking for a personable salesperson who also understood engineering, to take over their middle states sales region. He started selling electro-mechanical switches for them at the dawn of the computer age and worked there until his retirement in 1993.

A child of an America we rarely see except through rose-colored glasses, Mal grew up passionate about automobiles and baseball; summer vacations by train to our National Parks; lunches at the local burger joint with jukeboxes on each table. He grew up loving radio programs, listening to Cleveland baseball games on the porch in the summers and staying up late on New Year’s Eve to hear the big band programs until late at night.

Malcolm leaves behind his two sons and their families: Lawrence Eric and Margaret Carney Daykin of Hilliard, OH; Brian Rande and Kirsten Moffler-Daykin of La Crosse, WI, and their four children: Brennan, Niklas, Conlan, and Camden.

In lieu of flowers, we would be grateful if you’d consider making a donation to the Society of Automotive Engineers, of which Dad was a member, at https://give.saefoundation.org/35, or mailing a check to: SAE Foundation, 400 Commonwealth Dr, Warrendale, PA 15096. Gifts will support increasing student participation and achievement in science, technology, engineering, and math.

If Joanne was the music of our house, Mal was the laughter. When Mom had chorale practice late, Dad took over bedtime duties, and sang us to sleep with renditions of the big band numbers he loved—“If I Didn’t Care,” “The Thousand Islands Song,” and “Frankie and Johnny,” “Me and My Shadow”—playacted for us using our teddy bears and making us laugh so hard it was difficult to actually fall asleep. Remembering the many, many times we were able to laugh together makes his passing more difficult, but easier, too.

To send flowers to the family in memory of Malcolm Daykin, please visit our flower store.