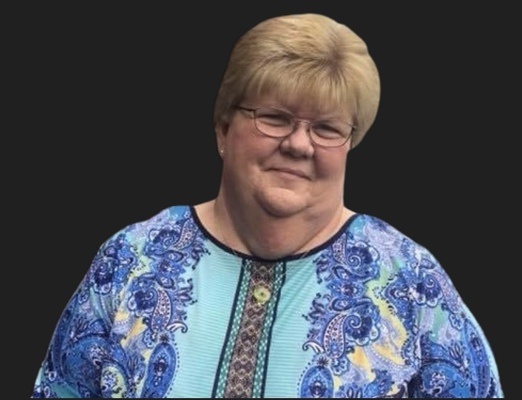 Lisa Ann Jones, age 60, passed away unexpectedly in her home in Galloway, Ohio on March 7th, 2022. She was born in Zanesville, Ohio on September 13th, 1961, to late parents Neva and Paul Jones. Lisa was a wonderful loving mom, sister, aunt, great aunt, and double great aunt. She is survived by her daughter Grace Jones, sister Diane Wiley, nephews Kevin Wiley (Lisa) and Mike Wiley (Kirstin), great nieces and nephews Erica, Kyanne, Paige, and Kolt, and great great nephew Owen, along with many other aunts, uncles, and cousins. Lisa is proceeded in death by her parents, brother-in-law Delmar Wiley, and niece Kim Wiley.

Lisa was a 1979 graduate of Zanesville High School in Zanesville, Ohio. In 1984, she graduated The Ohio State University with a bachelor’s in special education K-12 and in 1991 she graduated with a master’s in Multiple, Severe, and Profound Education. Lisa had a great love working with her kids during her 32 years in the Hilliard City School District. She did her best for her kids and their families and was an avid member in the whole school community. Lisa’s time as an educator for Hilliard left lasting impacts on the staff and 500+ students she worked with. She touched many hearts and changed many lives during her time as a teacher. Even in retirement, Lisa continued to work in the district as a long-term substitute teacher.

Lisa started the Northwest Special Olympics program in November 1987 with six athletes. During her 15 years as Coordinator, she accomplished quite a bit for the program, which became her extended family filled with athletes, families, and volunteers. The program began with a handful of eager athletes and volunteers Lisa found to coach. As the word began to spread, more athletes and volunteers became involved and additional sports became a part of the program. Northwest Special Olympics (now known as Hilliard Special Olympics) hosted the State Basketball Tournament on several occasions. Lisa also was able to host training camps for National Games in Hilliard. The first sanctioned Gymnastics Meet was held in Hilliard for the Area thanks to Lisa. She retired as Coordinator in 2002, so she could focus on her daughter Grace, but remained a loyal supporter.

As passionate as Lisa was about teaching and volunteering, her true devotion was her family. She was a nurturing mother and loving aunt, who cherished spending time with her family above everything else. Lisa will always be remembered as the most genuine, compassionate, loving, and selfless woman she was. Her family and friends were very dear to her heart, and she strived to be there for everyone in every way possible. May Lisa rest peacefully in Heaven.

Please join us for a celebration service for Lisa on Thursday March 17th, 2022 at Hilliard United Methodist Church (5445 Scioto Darby Rd, Hilliard, OH 43026). Visitation will be from 3:30pm-5:30pm. Celebration service will begin at 5:30pm. Followed by light refreshments and visiting with family.

In lieu of flowers, donations can be made in memory of Lisa to Hilliard Special Olympics by mailing a check to: 2140 Atlas Street, Columbus, Ohio 43228

Please visit www.tiddfuneralservice.com to share your favorite memories and to send your condolences to Lisa’s family.

To send flowers to the family in memory of Lisa Ann Jones, please visit our flower store.