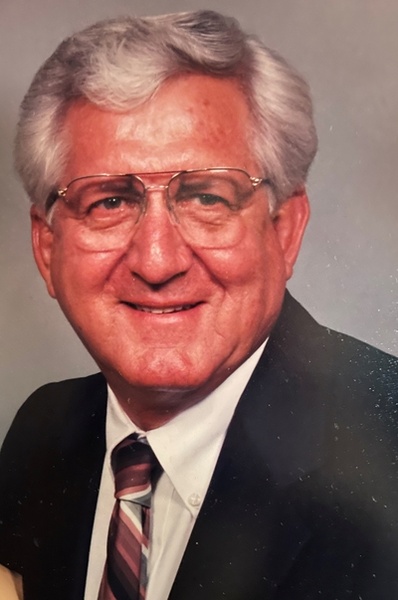 LAWRENCE STEPHEN “BUD” HURT, of Hilliard, Ohio, passed away peacefully in his sleep on January 3, 2022, at the age of 88 years old. He was born on March 4, 1933, to the late Lawrence J. and Nina P. (Russell) Hurt.  “Bud” was preceded in death by his wife of nearly 28 years, Mary Janet Clagg-Hurt, and a sister, Eleanor Rose.  He is survived by a brother, George R. Hurt.  “Bud” was a proud member of the U.S. Air Force, where he served as a pilot while stationed in Europe. He enjoyed flying planes his whole life, having received his first pilot license at the age of 16. He was also an avid fisherman, and always recalled his boyhood experiences on the lake near his home in Battle Creek, especially ice fishing. After serving his country, “Bud” worked as a mechanical engineer for INCO Alloys, a nickel plant in Huntington, W.Va., for more than 30 years. In his retirement, “Bud” and Mary enjoyed going to church and living in many different homes, from Michigan to Florida, to West Virginia and finally in Ohio, visiting family and meeting new friends along the way.  The Tidd Family Funeral Home, 5265 Norwich Street, Hilliard, OH 43026 (614- 876-1722), assisted the family after “Bud’s” passing.

To send flowers to the family in memory of Lawrence Hurt, please visit our flower store.