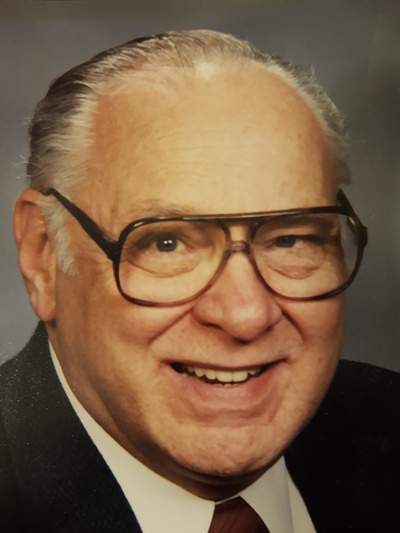 Laurence C. Gerckens, age 86, of Hilliard, Ohio, passed away peacefully on January 9, 2021 at his residence at Hilliard Assisted Living and Memory Care. Larry was born on March 30, 1934 in Passaic, New Jersey to the late Estelle and Henry Gerckens. A graduate of East Rutherford High School, he earned a three-year Certificate in Art from the Cooper Union in New York City. He completed the next two years of the five-year Bachelor of Science in Architecture at the University of Cincinnati, and earned a Master of Regional Planning degree at Cornell University in Ithaca, New York.  Larry taught architecture at Montana State University and at Arizona State University prior to moving to Columbus, Ohio in 1963 to teach at the Ohio State University, where he was a professor of City and Regional Planning. While at Ohio State, Larry served as the Chair of the City and Regional Planning Department, and from 1970-1978, as the Director of the School of Architecture.  Larry felt that his greatest contribution while director was the introduction of computer graphics in architecture and the development of the first computer-aided instruction course in 1973: CAI-1 Urban Development and Planning History. After taking early retirement in 1986, Larry formed the On-Call Faculty Program, a part-time faculty, consultant, and guest speaker bureau.  Larry is well known to many for his slide-illustrated, computer-assisted class in city planning history, which he taught for several decades at many universities across the United States.  Larry was a Fellow of the American Institute of City Planners, the founder of the Society for City and Regional Planning History, Professor Emeritus of the Ohio State University, and member of the American Planning Association.  Larry is survived by his children Krista (John) Hickman, Ann Gerckens, Jeff (Jennifer) Gerckens, Kim Gerckens, TJ (Stephanie) Gerckens, and Jon (Jennifer) Gerckens; grandchildren Chris and Catherine Hickman, Max and Ross Gerckens, Allie and Katie Gerckens, and Caden Gerckens; special niece, Bev Cory; sister-in-law Lorraine Caravaglia; and many nieces, nephews, and life-long friends. In addition to his parents, Larry was preceded in death by his beloved wife of 62 years, Louise; sister and brother-in-law Dorothy and Frank Scherer; sister-in-law Joan Waterman; and grandson Ryan. Larry had a great love of animals and the outdoors.  His experiences as a boy scout shaped the family experience.  We spent many vacations “up the lake” in a cabin in upstate New Jersey, and traveled the United States as a family, camping in tents and the occasional rented pop-up tent camper on shoe-string budgets. Larry was a life-long liberal democrat and advocate for social justice. According to Larry. “I’m not afraid of death, I just don’t want to be there when it happens.” (Woody Allen) The family wishes to extend special thanks to the staff at Hilliard Assisted Living and Memory Care, especially Jeannine, who provided Larry with a loving extension of family in his last years.  We would also like to thank the staff of Capital City Hospice for helping to make his last month comfortable.  Due to Covid-19, there will be a private funeral at 11:00 am Thursday, January 14, 2021 at the TIDD FAMILY FUNERAL HOME, 5265 Norwich St., Hilliard. The funeral will be live-streamed. Those wishing to participate digitally can access the funeral service at www.tiddfuneralservice.com at the time of the funeral or can view the recording of the funeral service at any time after 1:30 pm on the 14th.  Burial will follow at Sunset Cemetery, Galloway, Ohio. In lieu of flowers, kindly consider a contribution to the National Parks Foundation,1500 K Street NW, Suite 700, Washington DC 20005, The Southern Poverty Law Center, 400 Washington Ave., Montgomery, AL 36104, The Cooper Union, 30 Cooper Sq., New York, NY 10003 or the ASPCA. Condolences can be sent to the family via www.tiddfuneralservice.com

To send flowers to the family in memory of Laurence Gerckens, please visit our flower store.