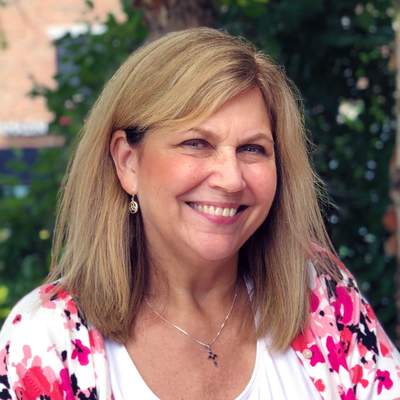 Lasinda Lee Greenwood, 61, of Marysville, OH, formerly of Dublin, OH, passed away peacefully on Wednesday, October 23, 2019, at Kobacker House in Columbus, OH, after a brief yet courageous battle with bile duct cancer. She was a loving mother, grandmother, sister, aunt, and friend who will be greatly missed by all who knew her. Lasinda’s humble and generous heart was wonderfully complemented by her great wit, tremendous sense of humor, and beautiful eyes and smile: she never met a stranger and had an innate talent for making people feel important and valued. Lasinda was a devout and loving Christian who took her faith seriously and was proud of her Catholic identity. She was the owner and caretaker of many dogs and cats over the years and considered animal fostering and rescue to be one of her most important duties. She was also a great lover of children and could speak to them on their level and make them feel comfortable in any situation. Lasinda was gracious, kind, and possessed a lovely soul that quickly made its ascent to heaven.

Lasinda was born in Greenville, NC, and was the daughter of Leonard and Althea (née Kettelle) Greenwood, both of whom preceded her in death. Early in her life, her family moved to Norfolk, VA, where she spent her childhood and adolescence. Lasinda attended Lake Taylor High School in Norfolk and received her college degree from Virginia Tech in 1980; she ever after remained a passionate and loyal Hokies fan. Lasinda married her college sweetheart Kevin Lee in 1982 and raised three children together: Kyle (34 of Glenview, IL), Meredith (32 of Marysville, OH), and Claire (29 of Denver, PA). The family lived in Williamsburg, VA, St. Louis, MO, and Columbus, OH, at various times over the years, but Lasinda considered Ohio to be her true and final home. She worked as a teacher’s aide for many years in the classrooms at St. Brigid of Kildare School in Dublin, OH. More recently, she touched the lives of countless children and their families as a front-desk registrar for the past five years at the Nationwide Children’s Hospital Hilliard Close to Home Center: she never met a sick child or family member who she couldn’t immediately cheer up with her infectious laughter, corny kids’ jokes, and compassionate and loving attention to their situation. She was also a beloved colleague and received more cards, tributes, and gifts from her Nationwide family than her children could even transport home from the hospital. In addition to her children, Lasinda is survived by her former husband, Kevin; her daughter-in-law, Shannon Lee (née Littleton), and first granddaughter, Brigid Lee; her sisters Sharon Bennett (husband Terrell), Laura Greenwood, Leslie Douglas (husband Danny), and Lisa Greenwood; as well as many nieces, nephews, and cousins.

The family will receive friends from 4:00-7:00 PM on Sunday, October 27 at St. Brigid of Kildare Church, 7179 Avery Rd, Dublin, OH 43017. A Mass of Christian Burial will be celebrated at St. Brigid of Kildare Church on Monday, October 28, 2019 at 12:00 PM. Lasinda's ashes will be buried later in the week at Resurrection Cemetery in Lewis Center, OH. In lieu of flowers, contributions can be made to the Union County Humane Society in Marysville, OH, https://uchspets.org/

To send flowers to the family in memory of Lasinda Lee Greenwood, please visit our flower store.