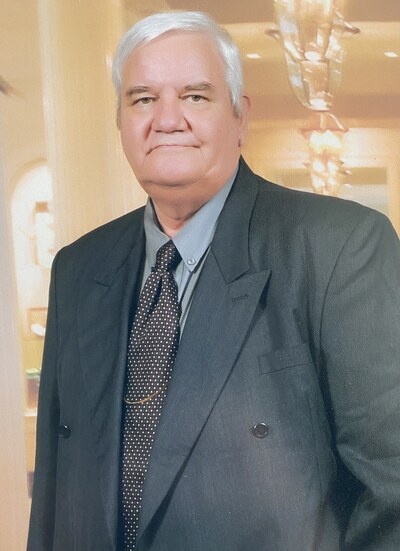 Kenneth Leroy Palmer Jr. passed away suddenly on April 6 at the Kobacker house, after courageously fighting cancer. He was born Sept. 27, 1952 in Reading, Pennsylvania to Kenneth Palmer Sr and Hattie Mae (Cassler) Palmer. He married his sweetheart Diane Jeanine Ward in June of 1974. They have one son, Kenneth Leroy Palmer III.  Ken was a U.S. Navy Petty Officer First Class for 22 years until his retirement in 1992. He valiantly served during the Vietnam War and Persian Gulf War. After his retirement from the US Navy, he graduated from Tidewater Community College with his associate’s degree, making him the first in his family to get a college degree. He then worked at CenturyLink in Dublin, Ohio doing telecommunications for 20 years until his retirement in 2016. Ken was a rock for family and friends. He was kind and generous. If anyone was in need, he was the first person to help. He was adventurous and fun and loved spending time with his grandchildren. He loved to travel with his wife Diane, and especially loved visiting the beach. Ken was an avid outdoorsman and member of the Central Ohio Anglers and Hunters Club. He is preceded in death by his father Kenneth Leroy Palmer Sr., his mother Hattie Mae (Cassler) Palmer, his brother Howard B. Palmer and niece Laura Palmer. He is survived by his devoted wife Diane Jeanine Palmer, his son Kenneth Leroy Palmer III and wife Ashley Nicole (Martin) Palmer, his grandchildren Kenneth Leroy Palmer IV and Ryleigh Jane Palmer, his brother Donald C. Palmer and wife Denise, his brother Brian K. Palmer and wife Carol, sister Diana M. Donton and sister-in-law Carol (wife of the late Howard Palmer) as well as many nieces, nephews and great nieces and nephews. A memorial service will be held on Saturday April 17 at 1 p.m. at the Church of Jesus Christ of Latter-Day Saints (1001 Doherty Rd. in Galloway, Ohio). The service can be viewed live online at https://mywebcast.churchofjesuschrist.org/events/columbusohiostake. The family is being serviced by Tidd Funeral Home. In lieu of flowers, the family asks that donations be made to the Wounded Warrior Project.

To send flowers to the family in memory of Kenneth Palmer, please visit our flower store.