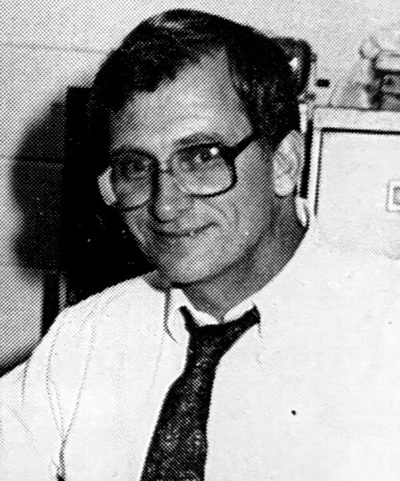 Kelley Lee Crites, of Mount Sterling, passed peacefully into the arms of Christ on September 25, 2019 at his home surrounded by his family. Born October 25, 1942 to the late Vance and Rebecca Crites of Stoutsville, in his childhood he cherished visits to his grandparents’ Indiana farm and spending time with his siblings and their neighborhood friends.

He graduated from Stoutsville High School in 1960 where he was Class President and excelled in all sports. He received a Bachelor of Science degree from The Ohio State University in 1964 and majored in Mathematics. From 1965 to 1969, he served honorably in the United States Navy during the Vietnam War.

Upon returning home from the service, Kelley unwittingly began a remarkable teaching career in the fall of 1969 that would span forty years and positively impact the lives of countless students. After teaching for both Fairfield and Mount Sterling Schools, Kelley began teaching for the Madison-Plains Local School District in the fall of 1971 when he met his future bride, Charlotte Barnes. Over the years, he also earned multiple advanced degrees and coached basketball.

“Mr. Crites” was respected and beloved by his students. He spent endless hours instructing, tutoring, and mentoring students, helping them unlock the mysteries of mathematics and their own potential. His classroom maxims were sometimes humorous and always memorable. “Surely with every mistake, we must be learning,” “Shall we try the sit and stare method?” and “I bet you can’t do this one!” were among several favorites. Because there were problems yet to be solved, upon retirement he continued teaching at both Columbus State Community College and Ohio Christian University.

Kelley was utterly devoted to his family and lived his life in service to them and others. He took great pride in raising educated, independent women. A highly principled, quiet, and contemplative man, Kelley embodied the strong silent type and preferred action over words. “Papaw” delighted in training horses on his small farm and giving pony rides to grandchildren. A natural athlete with a competitive spirit, he challenged those he loved to push themselves to succeed and learn from inevitable mistakes. He valued knowledge, hard work, and perseverance through adverse situations. He was a member of the First United Methodist Church of Mount Sterling, where he faithfully attended and worshipped while simultaneously solving equations on church bulletins.

In addition to his parents, he was joyously welcomed to eternal life by his sister Constance Slye, brother Vance Crites, and nephews Kelley Lee Slye and David Crites.

A service in honor of Kelley’s life will be held at the First United Methodist Church of Mount Sterling on Sunday, October 6, 2019. The family will receive visitors beginning at 2:00 p.m. with the service beginning at 4:00 p.m. A meal will immediately follow. To preserve Kelley’s enduring legacy and commitment to students and scholarship, the family requests donations be made to the Madison-Plains Scholarship Foundation in memory of Kelley Crites, c/o 12460 Fralick Rd., South Solon, Ohio 43153.

Arrangements are being handled by Porter-Tidd Funeral Home. To share your favorite memory of Kelley visit www.tiddfuneralservice.com or to send condolences to his family.

To send flowers to the family in memory of Kelley Lee Crites, please visit our flower store.