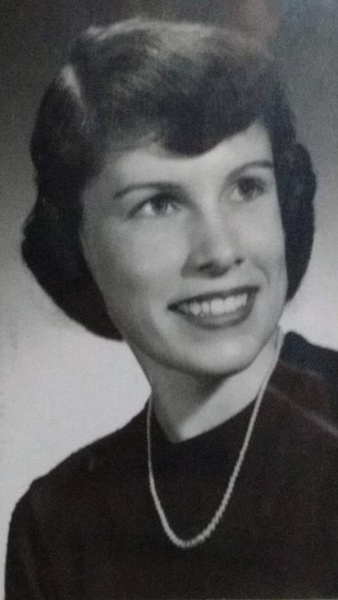 Our mother, Kathleen Louise McNamer, 84, of Mt. Gilead, Ohio passed away October 9, 2021. She was born to our grandparents, the late Curtis and Alice McKean on August 25, 1937. She grew up in Hilliard and was one of nine brothers and sisters: Don, Buddy, Jim, Morris, Delbert, Doris, Virginia and Mary. Mom graduated from Hilliard High School in 1955. All through high school, she dated her classmate, Bill McNamer, her high school sweetheart. They were inseparable. They went to Prom together and did everything together back then. I remember Bill telling me that he hung out at her house quite a bit and my grandma would serve him homemade apple pie. No one knows the full story but after high school, they took different paths. She worked at City National Bank as a bank clerk. She enjoyed poetry and definitely had a green thumb. She carried strong faith throughout her entire life. She and Bill were members of Hayden Run Baptist Church. Our mom later met our dad, Jim Crandall and they had three daughters Diane, Sherry and Karen. The marriage didn’t work out and they later divorced. In 1982, our mom and Bill crossed paths. They began dating and became inseparable once again. This time they married and became true soulmates for the rest of their lives. The bond they shared was pure and timeless. Their relationship was the finest example of true love we ever witnessed. She was preceded in death by her husband Bill McNamer, daughter Sherry Whitt, son Bill McNamer, grandson Austin Harrison and great-great-grandson Kolton. She is survived by daughters, Diana (Rick) Robinson and Karen (Dan) Crandall, Mary Ann (Jim) Starkey, daughter-in-law Liz McNamer, sons Steve McNamer and David (Carmela) McNamer; grandchildren: Kevin Crandall, Diana K. Crandall (James), Kayln Harrison, Megan Harrison, Michael McNamer (Jaime), Lori Porter, Ehryn Kinzel (JL), Danny McNamer, Chris Whittaker, Erik Whittaker, Carolreen Miller, Stephen McNamer, II, Carrie Saunders; great-grandchildren: Holly (Billy) Johnson, Michelle Crandall, Brandon Crandall, Amanda Fourman, Andrew Crandall, Mia Daniels and Addyson Nelson; great-great-grandchildren: Avery, Carter and Olivia Johnson. The loss of our mom is riddled with heavy emotions and enormous heartbreak. We never truly understood what our mom meant to us until after we became mothers ourselves. Our relationship was far from perfect but we know she tried her best as we were growing up and even after we became adults. Heaven gained another angel and she is eternally at peace now with her beloved Bill. Mom, May the Lord Bless You and Keep You. Family will receive friends from 6:00-8:00p.m. FRIDAY, OCTOBER 15, 2021 at the TIDD FAMILY FUNERAL HOME, 5265 Norwich Street, Hilliard, OH 43026 (614)-876-1722 where her Funeral Service will be held 10:00a.m. SATURDAY, OCTOBER 16, 2021. Burial will follow at Forest Grove Cemetery, Plain City, OH. Please visit www.tiddfuneralservice.com to share your favorite memories and to send your condolences with her family.

To send flowers to the family in memory of Kathleen L. McNamer, please visit our flower store.