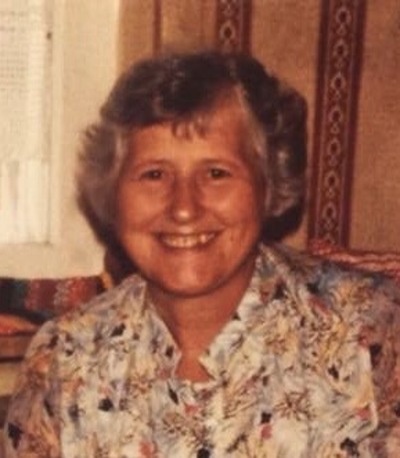 Josie or “Jossy” was born in Frankfurt, Germany on September 26, 1928, the daughter of the late Friedrich Fischer and Hermine Marx Fischer.  After working for the U.S. Army after WWII, she immigrated to the United States in 1951, worked for a time on Wall Street, and met William C. Undeutsch.  The couple was married in Brooklyn, New York on October 30, 1954, and relocated to Columbus.  Dr. Undeutsch preceded her in death on July 30, 2008.

Mrs. Undeutsch was an avid crocheter, enjoyed watching “Judge Judy” daily, and loved word puzzles of many varieties, but especially the daily Jumble. She spent over a decade working at the Henderson Road McDonald’s.  Due to her quick wit and engaging personality, she was loved by many. Her life was as beautiful as the woman herself, and her influence will forever remain in the lives of all who knew her.  Her legacy lives on in all her delicious German dishes, which will continue to be made and enjoyed by her children and grandchildren.  She quietly departed this life on Wednesday, January 22, 2020 at Kobacker House in Columbus, Ohio. She was preceded in death by her parents and siblings, who all remained in Germany.

She will be sorely missed and will forever be remembered in the lives of her children: William A. (Trish) Undeutsch; Barbara (Kevin) Arnold; Susanna Thibault; all of Columbus; Mary (Michael) Downs of Louisville, Kentucky.  “Oma” or “Grandma” leaves behind eleven grandchildren, ten great-grandchildren (soon to be eleven), “grand-dogs”, and a host of nieces, nephews, and cousins in Germany. The family is thankful she had neighbor Bill Johnson, who was always available for any needed help. Josie’s family is especially grateful to her very close friend of 50+ years, Marilyn Bender of Columbus, who had been in Josie's life through thick and thin, and lovingly helped her always.  And to the entire staff at Kobacker House, the family wishes to express how appreciative they are for the dignity and comfort they gave to Josie in her final stage of life.

Visitation will be held Monday, January 27, 2020 at 10:00am, followed by services at 11:00am, at Tidd Funeral Home, 5265 Norwich Street in Hilliard.  Entombment will follow at Resurrection Cemetery.  In lieu of flowers the family asks that donations be made in Josie’s name to Kobacker House, 800 McConnell Dr., Columbus, Ohio 43214.  If you wish to send flowers, please send her favorite - carnations! In the words of Josie herself: “AUF WIEDERSEHEN!”

To send flowers to the family in memory of Josepha Undeutsch, please visit our flower store.