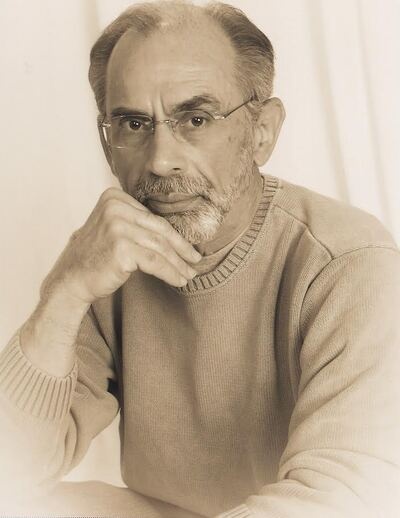 Joseph Allen Ashley, age 77, passed away at The James Cancer Hospital on the evening of Saturday 18, 2022, after battling myeloid leukemia for 18 months.

Joe was born on August 8, 1944, in Charleston, West Virginia, the second of two sons. From second grade on, he attended Sacred Heart grade school and developed an early interest in electronics. After assembling his own shortwave radio transmitter, he began to announce neighborhood little league games to nearby listeners, beginning a lifelong interest in radio. He would graduate from Charleston Catholic High School in 1962, and went on to study journalism at Morris Harvey College (now the University of Charleston) and West Virginia University. He began a prolific career in media when he landed his first job in radio at WTIP. This career would span print and television as well as radio, in locales that included Bellaire, Ohio; Terre Haute, Indiana; Lima, Ohio; and ultimately Columbus, Ohio, where he moved in the late 1960s and which he would call home for the rest of his life. Here he would hold positions at WTVN, Hameroff/Milenthal/Spence, and Mills/James Productions among others before a successful stretch as a freelance writer and voiceover talent. His work would garner numerous accolades over the years, including two Emmys for the 2014 documentary film Searching for Augusta: The Forgotten Angel of Bastogne (written and narrated by Joe, and directed by his longtime friend and colleague Mike Edwards).

Beyond professional writing, Joe also produced countless poems and songs on topics ranging from family and love to the simple beauties of nature. He began taking guitar lessons in childhood, and one of his most-cherished pastimes late in life was to sit by the river near his home and play his favorite melodies. His compositions included the nationally charting country song "It's Too Soon to Say Goodbye," the lyric for "Ohio, the Heart of It All," an original work performed by John Denver at the first-ever United Nations Environmental Awards, and the jingle for Columbus school desegregation "We All Look Up to You," which would go on to be played by Walter Cronkite for the national news. A 1999 mini-musical about the Wright Brothers, with script and lyrics written by Joe, would be a finalist in the live event scripting category of the international New York Festival Awards.

Faith was another important throughline in Joe's life, starting with his Catholic upbringing and education in Charleston and culminating in his decades-long membership in the parish of St. Brendan the Navigator. He was a committed believer in the beauty of the universe and in God's love for humanity and was for years an eager participant in Bible discussion groups and religious retreats. Shortly before his passing at the James, he was able to receive the sacrament of Last Rites with the members of his family by his side.

Joe will be remembered by friends and loved ones as a loving father, brother, and uncle, a loyal friend, and an endless source of wit and wisdom. His assorted quips, anecdotes, and profound remarks have left a lasting impact on all those who were around to hear them, and his words both written and spoken will always live on.

He is preceded in death by his parents, William Reese Ashley and Elizabeth Ann Ashley (née Panucci) and many aunts and uncles from both sides of the family.

The memorial service honoring Joe's life will be held at 10 AM on July 9, at St. Brendan Church in Hilliard. While flowers are welcome, the family also asks that donations to the Leukemia & Lymphoma Society be considered.

To send flowers to the family in memory of Joseph Allen Ashley, please visit our flower store.