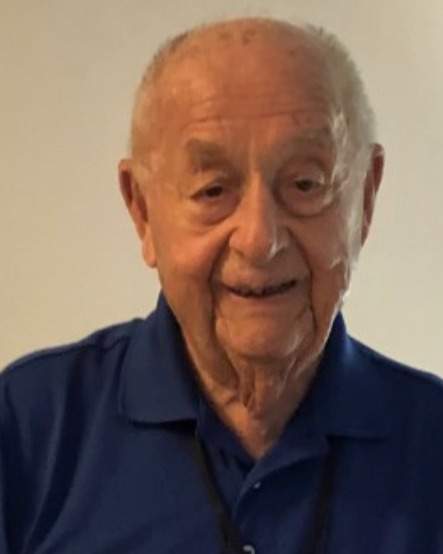 John Alfred Davis passed away on August 24, 2022 at the Hilliard Assisted Living and Memory Care at the age of 100 years old. He was born on May 06, 1922 in Radnor, Ohio to the late William John and Jane (Salathe) Davis.

He grew up and worked on the family farm. Later he became the head cattle buyer for Ohio Packing Co. where he retired after thirty years.

He was preceded in death by his parents; wife of 50 years, Dorothy Davis; and mother to his children, Nan Alder Holland.

The family would like to thank the Hilliard Assisted Living Nursing staff and the aides for the care he received during his last months and to National Church Residences Hospice for their kindness and making him comfortable in his last days.

Burial will be held at Radnor Cemetery and will be scheduled in the near future. John proudly served our Country in the United States Army in WWII and per his wishes, Taps will be played.

To send flowers to the family in memory of John Alfred Davis, please visit our flower store.