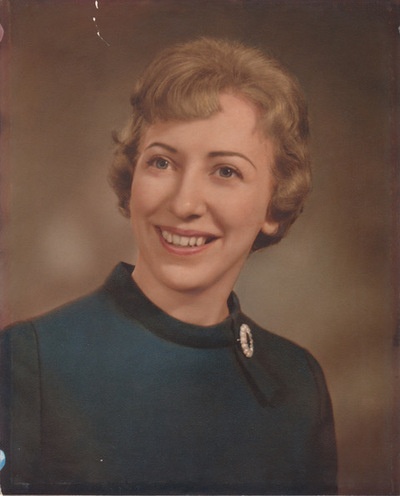 Joanne Louise Deardorff Daykin, age 84, of Columbus. We are so sad to announce the death of our mother, Joanne Louise Daykin, who left us peacefully in the care of Brookdale Muirfield Hospice services early the evening of December 10th, 2020.

Joanne lived a life guided by music and service to the church. Born November 30, 1936 in Gettysburgh, Pennsylvania, she lived with her parents and brother Kenneth Deardorff on Highland Avenue, a short distance from the Gettysburg National Monument. She graduated from Oberlin College in Ohio with a bachelor’s in Music Education and received a master’s degree in Music Education and Voice from the University of Michigan in Ann Arbor in 1961. An avid college football fan, she remained committed to the Wolverines, often shouting “Go Blue!” at any stranger she might see wearing the maize and blue. She married Malcolm Charles Daykin of University Heights, Ohio, on August 12th, 1968, and they remained happily married all of their days after.

An accomplished vocalist, pianist, and organist, Joanne sang or taught music professionally for nearly all her adult life. She taught music at Southington Schools in Southington, CT, and for the Upper Darby School District of Pennsylvania. In late 1959, she was selected to go on American Tour with the Robert Shaw Chorale to perform Bach’s Mass in B Minor, touring much of the eastern US in February and March of 1960. Afterwards she taught as a faculty member in the school of music at Kent State University. She sang in Robert Page’s Cleveland Orchestra Chorus from 1975 to 1988, and was a founding member of the Robert Page Singers in 1982. She was a soloist for Westminster Presbyterian Church in Akron, OH and later served as an organist for various churches around Charlotte, North Carolina, where she and Malcolm retired in 1995.

Joanne is survived by her devoted husband Malcolm and their two sons and their families: Lawrence Eric and Margaret Carney Daykin of Hilliard, OH; Brian Rande and Kirsten Moffler-Daykin of La Crosse, WI, and their four grandchildren: Brennan, Niklas, Conlan, and Camden; and her nieces and nephew on her brother’s side: Denise Mersinger, Dianna Riesner, and Kenny Deardorff, of Maryland.

In lieu of flowers, Larry and Brian ask you to consider sending a gift in her name to organizations that rely heavily on donations and gifts. This has been a troubling year for all of us, but non-profit performance organizations have been hit especially hard, and we think Mom would be grateful for your support of the Cleveland Orchestra Chorus, at www.clevelandorchestra.com/donate; the American Guild of Organists, at www.agohq.org/contribute/; or the University of Michigan’s Music Education Enrichment fund: go to https://leadersandbest.umich.edu/find/#!/scu/smtd/program and select “Give Now” to the Music Education Enrichment Fund, #308430.

Mom sang us to sleep every night when we were children, and grew grouchy with us when we were teenagers who didn’t practice voice or piano, but we always had music in our house. She was so proud of Larry who followed in her footsteps by singing for John Ferguson’s Cantorei of St. Olaf College in Minnesota; and of Rande’s two years of performance education at University of Michigan’s Musical Theater program. We will miss those times; we know we will sing with her again, someday, when the time is right.

To send flowers to the family in memory of Joanne Daykin, please visit our flower store.