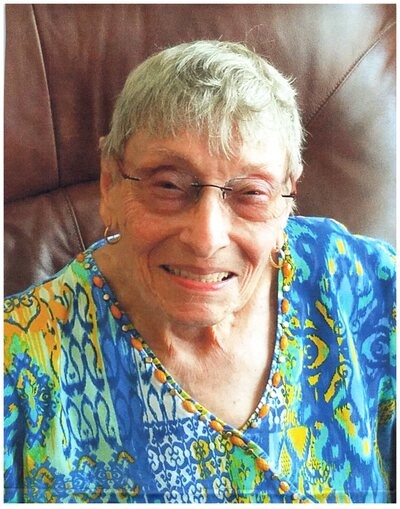 Joan E. Corbin Pesola, age 98, passed away peacefully on August 26, 2021 after a brief stay at Kobacker House in Columbus Ohio. Joan was born December 30, 1922 to John Frank Corbin and Florence (Smith) Corbin.  She was a 1942 graduate of Canton Lehman High School. She married Virgil Dale Brogan on September 18, 1948.  They resided in Canton, Ohio and had one son Michael Dale and later divorced.  In 1969 she moved to the Bradenton Florida area where she met and married Wayne Pesola in April 1977.  She loved Florida and lived there until late 2014 to move back to Ohio to be near family.  She lived independently until her recent hospitalization. Joan was an aficionado of the Star Trek Universe and Rock and Roll music.  She attended many Star Trek conventions in costume and her favorite band was Guns N Roses. Joan is survived by her son Michael (Karen) Brogan of Hilliard OH, grandchildren Katie (Chad Queirolo) Brogan of Seattle and Ryan of Columbus OH, niece Mary Margaret (Denis) Blake of Ashland OH and one Cousin Thomas (Millie) Naftzger of Bucyrus OH. Joan is preceded in death by her parents John Frank and Florence Corbin (nee Smith); sister Polly (David) Minick; husbands Virgil Dale Brogan and Wayne Pesola. Private funeral arrangements are being made.  Joan will be laid to rest beside her parents in North Lawn Cemetery in Canton, Ohio. Memorial contributions may be made to the Humane Society.

To send flowers to the family in memory of Joan Pesola, please visit our flower store.