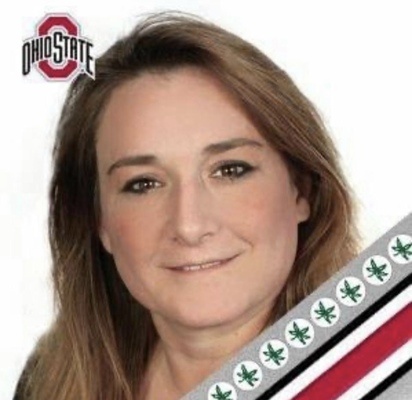 Jenny was always a free spirit who made her own rules. She fiercely loved her children and had an unbreakable bond with her grandmother, Bernice Pifher and her sister Annette. She adored her brother and cherished his friendship. She was a dedicated and protective mother and gave unselfishly to them always. She lived to love and cherish her grandbabies. Jenny and her dad shared a quirky sense of humor that only they understood. She leaned and depended on her mom for strength. She was so proud of her niece and nephews and loved them as her own children.

Jenny attended St James the Less grade school from 1st grade- 8th grade where she made lots of great friends including her best friend Sheila Cafmeyer (DeMers). She went on to attend DeSales High School and Hilliard Davidson High school. She got her Dental Assisting degree from Tolles Technical Center. Her career in dentistry began at the age of 17 and she later received her Efda degree. Jenny last worked at Grove City Dental where she was surrounded by an amazing staff who became her family. The staff greatly loved and supported her.

Jenny was an inspiration to so many, demonstrating with hard work and determination you can accomplish anything. Words cannot begin to express how much she will be missed, she loved unconditionally while, continually putting others first and ignoring her own needs. Jenny’s true love was her family. To know Jenny was to love her. She was small in stature, but fierce in fighting for what she believed.

A celebration of life gathering for Jenny will be held at 2:00 on Saturday November 6, 2021 at the VFW in Hilliard located at 2436 Walcutt Rd. We will begin with a 40-minute Catholic ceremony followed by a celebration of her life. Food will be provided and drinks will be available for purchase from the VFW.

Jenny lived and breathed Ohio State and Cleveland Browns football and one day wished to own a zoo. Please join in Jenny’s love for football by wearing Ohio State or Browns attire.

To send flowers to the family in memory of Jennifer Campbell, please visit our flower store.