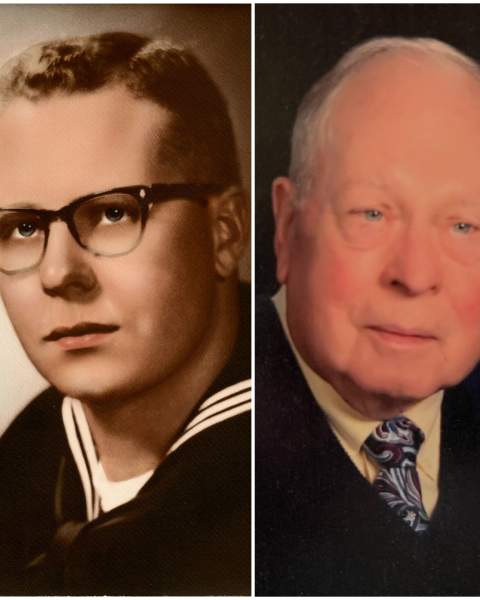 Jay Wilbur Whyland Jones of Hilliard, OH passed away at Riverside Methodist Hospital on September 6, 2022. Jay was born in Findlay, Ohio to James Wilbur Whyland and Verna Mae Egbert Whyland. After his father’s death in 1944, his mother remarried. Jay was adopted by his stepfather in 1946 and relocated to Worthington, Ohio.  Jay graduated from Columbus North High School, class of 1960.  Jay served 4 years in the US Navy.  After discharge from the Navy, Jay married Denise R. Davies, North High School class of 1962 in November 1967. Jay later graduated from Franklin University. Jay was employed by The Ohio Bell Telephone Company and AT&T, retiring in 1995. Jay had a second career at Nationwide Insurance, retiring in 2008.  His third career was at Bob Daniels Buick-GMC, and he fully retired in 2014.  Jay is survived by his wife of 54 years, Denise of Brownstown Twp., MI, his 3 children, Jeffrey (Christy) Jones of Powell, OH, Jonathan Jones of Hilliard, OH, and Jennifer (Jason) Luciow of Newport, MI, and 4 grandchildren, Jordan & Alyssa Jones and Megan & Jonah Luciow. Burial will be private. Jay has requested donations be made to Pilot Dogs of Columbus.

To send flowers to the family in memory of Jay Jones, please visit our flower store.