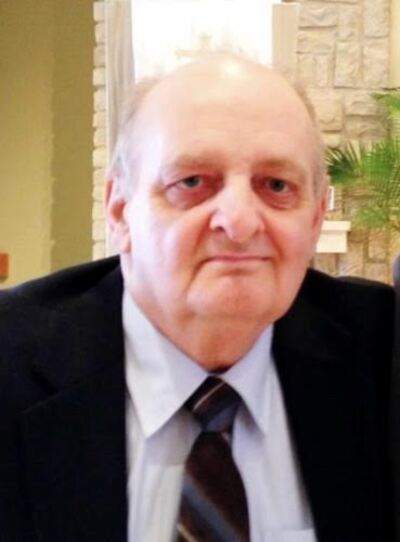 Earl was born Feb. 15, 1941, in Newport News, Va., and graduated from Hampton High School in 1958. He worked at NASA Langley while earning his bachelor’s of electrical engineering from Virginia Polytechnic Institute, which he received in 1963. Earl continued working for NASA while pursuing his master’s and PhD studies (ABD) in electrical engineering from The Ohio State University. His research focused on electromagnetic field theory and antenna propagation.

It was at Ohio State where Earl met Carolyn Hall, the “apple of his eye.” The two married in 1970 and recently celebrated their 50th wedding anniversary.

Earl was preceded in death by his parents James Henry Jones, Jr. and Catherine Anne Royal.

Also surviving are his brother Calvin Jonson of Metter, Ga., and sister Claudia Royal Coleman of San Luis Obispo, Calif., along with cousins, nieces and nephews.

During his career with NASA and Wright-Patterson Air Force Base, his research contributed to Apollo missions, stealth and satellite technology, and the space shuttle program. Earl retired from WPAFB in 1993. He later worked for Meijer Inc. before retiring again in 2006.

Earl was proud to call the Dayton region home for 47 years. He was active in civic affairs and produced numerous public access TV programs and local documentaries through the Miami Valley Cable Council. He was inducted into the MVCC Hall of Fame in 1996.

Earl volunteered 8,200 hours of community service to the City of Kettering. In 1985 he received the Mayor’s Award for Volunteer Service. In 2017, the Kettering City Council proclaimed Dec. 17 as “Earl Jones Day” to commemorate his final live cable-cast of the city council meeting after 36 years of service.

Earl traveled extensively throughout the U.S. and had a lifelong love of maps. He read newspapers and journals and could be always counted on for knowledge about obscure facts. He was our own “Google.”

Earl had been a member of Miami Shores Baptist Church and Far Hills Community Church.

He never missed sending greeting cards for birthdays or special holidays. He loved and provided for his family.

The family requests if friends are ordering flowers, please have them delivered to the churches.

In lieu of flowers, memorials may be made to Miami Shores Baptist Church, 4000 Vance Rd, Moraine, Ohio 45439.

To send flowers to the family in memory of James Earl Jones, please visit our flower store.