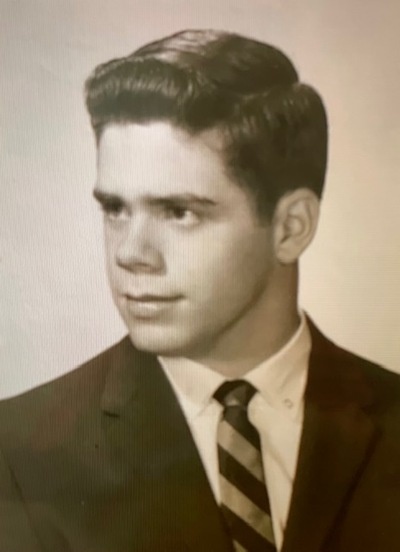 James Allan Patterson, Jr. - “Jim” - passed away in his sleep at his home in Portland, Oregon on September 29, 2021 from complications stemming from his fifteen-year battle with Parkinson’s Disease.  Jim was born the middle son of James Allan Patterson, Senior and Mary Ruth Essex Patterson of Columbus, Ohio, on October 16, 1943. He was just shy of his 78th birthday.

Jim was a graduate of Upper Arlington High School, and Ohio University, where he was an All-American swimmer. He completed a Master’s degree in Physical Education at the University of Colorado in Boulder, where he met his first wife, Nancy Suzanne Horton.  After he graduated, the couple moved to Stillwater, Oklahoma, where Jim was an Assistant Coach for the Oklahoma State University swimming team, prior to the birth of their son, Winfield “Allan” Patterson.  In 1973, the family moved back to Jim’s hometown of Columbus, first settling in Upper Arlington and then to Westerville, before divorcing in 1978.

In Columbus, Jim began a career as a sales representative for manufacturers of wastewater treatment equipment, a career that would last until 2012, when his disease forced him into retirement.

In 1982, Jim married Carolyn Francis Bailey McCreary, and became step-father to her son from a prior marriage, Michael Louis McCreary.  The family settled in Dublin and both boys graduated from the Dublin City School System.  After 35 years of marriage, Jim and Carolyn divorced in 2017, and Jim relocated to Portland, Oregon to spend his remaining years with his son.

In Portland, Jim enjoyed keeping up with Buckeye football by attending the OSU alumni game watch parties with his son, traveling to the Oregon coast and to the mountains whenever possible. He loved his grandchildren, and related stories about them to anyone he met.

Jim was a beloved father, husband, step-father, grandfather, and brother. He is survived by his first wife, Nancy; his second wife, Carolyn; his son, Allan; his step-son and daughter-in-law, Michael and Melissa McCreary, and their children, Natalie McCreary and Noah McCreary; and his cousin, Charlotte Hollinger.  He is preceded in death by his parents, James Allan Patterson, Senior and Mary Ruth Essex Patterson; his older brother, Philip Patterson; and his younger brother, Fred Patterson.

Family will receive friends from 2:00-4:00p.m. SATURDAY, OCTOBER 16, 2021 at the TIDD FAMILY FUNERAL HOME, 5265 Norwich Street, Hilliard, OH 43026 (614)-876-1722 where his Memorial Service will follow the visitation and begin at 4:00p.m. SATURDAY with Reverend Jim Long, officiating. Family burial services will be held at Sunset Cemetery, Galloway, OH.  Please visit www.tiddfuneralservice.com to share your favorite memories and send your condolences to the Patterson Family.

To send flowers to the family in memory of James "Jim" Allan Patterson, Jr., please visit our flower store.