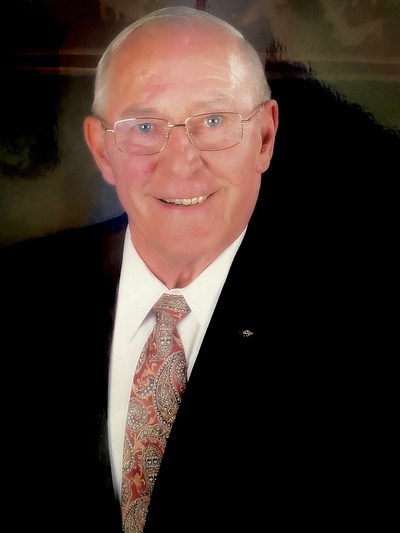 John Robert “Bob” Taylor, age 78, of Hilliard, Ohio (formerly of Cambridge, Ohio) passed away peacefully on March 28, 2020. Bob was born on November 6, 1941 in Cambridge, Ohio to the late John and Irene Taylor. Bob graduated from Cambridge High School in 1959 and married his high school sweetheart, Jo Prouty on May 29, 1959. Bob worked with his father at Taylor Auto Sales and then in electrical construction with Hoosier Engineering Company working his way up from a Lineman to Equipment Superintendent. From there he worked at 2 other companies before starting his own company, Taylor Tire Company, in 1988, fulfilling his dream of owning his own company. Bob was a 32nd degree Scottish Rite Mason and a 50 year member of Guernsey Masonic Lodge #66 and Aladdin Shrine Temple as well as member of the Elks Club in Cambridge. Bob is survived by his loving wife of 60 years, Jo, children Terri Botsko (Tom) of Hilliard, and Kevin (Elizabeth) of Dublin along with grandchildren Nicholas and Alexander Botsko, siblings Melba Johnson of Surf Side Beach, SC, and Dick Taylor of Tampa, Florida. Due to the current health crisis a private family funeral service will be held at Tidd Funeral home in Plain City, OH followed by burial at Northwood Cemetery in Cambridge, Ohio on Wednesday, April 1st. In lieu of flowers, donations may be made to Aladdin Shrine Children’s Hospital in Cincinnati Ohio. The family wishes to thank the nurses and caregivers at Heartland Hospice for their many kindnesses.

To send flowers to the family in memory of J. Robert Bob Taylor, please visit our flower store.