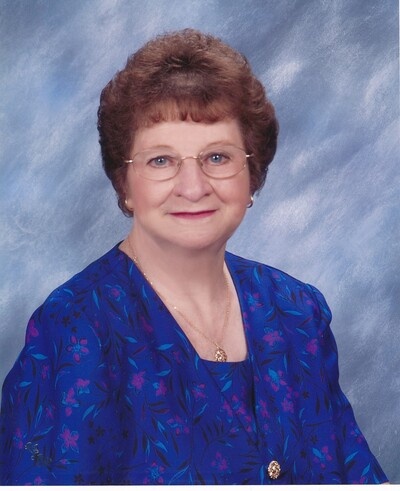 Helen L. Jones, 88, went to be with her Lord on January 5, 2021.  Helen was born June 3, 1932 in New Holland, Ohio, to William H. and Hattie L. (Taylor) Shadley.  She was preceded in the peace of death by her husband, James Richard Jones, and siblings Charles Shadley, Louise Loy, Edward Shadley, Margaret Wagner, Mary Linville, Barbara Saxour, and William Shadley.  She is survived by sister Carolyn Brown and children Wesley (Susan) Jones of Hilliard, Jo Ellen Lambert of Columbus, Steven Jones of California, and Kelley (Tony) Berta of Florida; six grandchildren, and eight great-grandchildren.  Helen wed Richard on June 7, 1950 and together they enjoyed 53 years of marital bliss and 51 years of parental happiness. From 1959 they were longtime residents of Circleville and active members of the Northridge Church of Christ where Richard served as deacon, elder, and song leader and Helen taught Sunday school; in 1992 they moved to Washington Court House, where they attended the Southside Church of Christ.  Helen devoted her being to the quality of her family’s life, for many years active in the Child Culture League.  She was an accomplished seamstress who enjoyed tailoring for family and friends.  She will be lovingly missed.  A private graveside service is planned for the family at the New Holland Union Cemetery, to be officiated by the Reverend Danny Dodds.

To send flowers to the family in memory of Helen Jones, please visit our flower store.