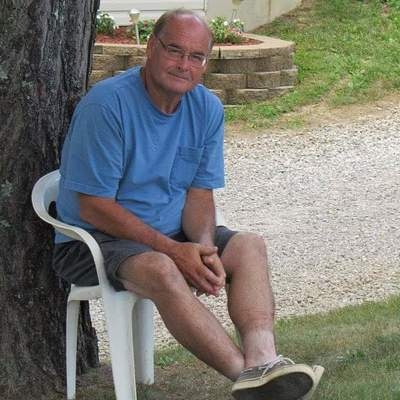 Harold Pennington of Marysville, Ohio, passed away January 24, 2020, at home surrounded by his family. Harold was born on February 15, 1956 in Columbus, Ohio.  He was a retired general contractor, who worked for himself.  He was a hard worker, willing to work in the frigid cold or the sweltering heat to provide for his family.  He enjoyed visiting his parent’s family farm in Kentucky, hiking to the cliffs and waterfalls.  He was a storyteller extraordinaire, some tall tales and a lot true!  He loved to tell jokes and laugh.  He enjoyed painting pictures and creating items, such a birdhouses or clay sculptures.  He loved the outdoors and soaking in the beauty and wonder of God's magnificent creation.  He would often share stories from the Bible with his 3 girls, as well as his 2 grandchildren.  He had an eclectic taste of music.

He was kind to all he met.  He didn't know a stranger.  He had a servants heart and would help where he could.  He felt deeply for the suffering of those he knew and those he didn't and looked forward to the return Of Jesus Christ.  He loved spending time with his family, especially his 2 grandchildren.  He often referred to his wife and 3 daughters as his 4 girls.  He was proud of and loved his 3 sons-in-law.  Family meant the world to him. He was preceded in death by his Father Philip Pennington and his Brother John Pennington. He is survived by his wife, of 46 years, Louise Pennington.  Daughters Ann (Dustin) Power, Jennifer (Micah) Disman, Rachel (Ernest) Pennington-Yeboah.  Grand children Ryan Power and Sarah Power.  Mother Lucille Pennington.  Brothers Kenneth (Colleen) Pennington, Brian (Amy) Pennington.  A multitude of cousins, nieces, nephews and other family members.  Along with countless friends.

We look forward to seeing him again in God's Kingdom.

To send flowers to the family in memory of Harold Pennington, please visit our flower store.