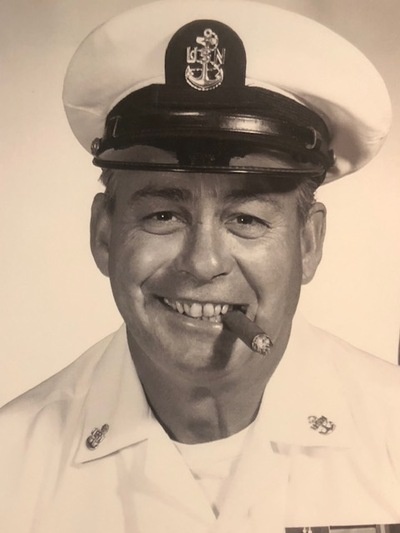 Gene graduated from High School in Holloway and immediately enlisted in the Navy during World War II.  He went on to proudly serve the country he loved for nearly 30 years and was also a Veteran of the Korean War and the Vietnam War.  After serving a year in Vietnam he was awarded a Bronze Star.  He was also honored with a softball field in his name, “Barker Park,” located at the Camp Pendleton Marine Corps Base in Oceanside, California.  He was a lifelong member of the VFW and the American Legion and was a dedicated contributor to a number of charities including The National Children’s Cancer Society and St. Jude’s.

Gene was an avid sports fan, having played and excelled in his younger days.  He also enjoyed gardening and a good cigar on the porch.  He was a loving brother, husband, dad, grandpa, papa, and uncle and will be greatly missed by many.  Everyone that knew him understood the importance of his family and the love he had for them.

Graveside Services will be held at Rockhill Cemetery in Flushing, Ohio on Friday, September 24, 2021 at 1:00 PM for family.  In lieu of flowers, donations may be made in his name to Ohio Health Hospice.

To send flowers to the family in memory of Gene A. Barker, please visit our flower store.