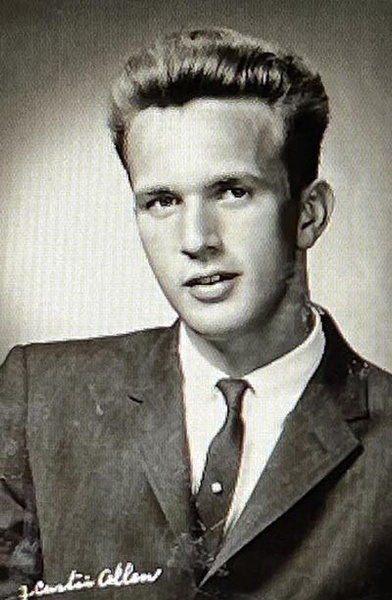 Gary Lynn Bishop, a life-long resident of Columbus, Ohio, passed away at Riverside Hospital on May 9, 2022 at the age of 76, after suffering a long, debilitating illness.

Gary is survived by his wife, Carol; daughter, Lori; grandson, Justin; sister, Linda; nephew, Randy; and niece, Kim.  He was preceded in death by his son, Bryan; his parents, Kenneth and Georgiana Bishop, and grandparents Delcie and Conda Rinehart; as well as Milton and Goldie Bishop.

Gary was born on August 19, 1945, at White Cross Hospital.  He grew up in The Bottoms area of Columbus.  He attended Avondale Elementary School, Starling Junior High, and graduated from Central High School in 1963.  He married his high school sweetheart in 1963 and welcomed his daughter the same year.  His son, Bryan, was born in 1965.  Carol and Gary celebrated their 59th wedding anniversary on April 12.

Gary lived the life of a hard-working husband and father who provided well for his family.  While attending night school to obtain his high school diploma, Gary supported his young family by working at Greenlawn Cemetery digging graves and mowing grass for $1.50/hour.  When he turned 18, he was hired on at Timken Bearing Company, from which his mother and father retired.  He remained at Timken, working in various departments, for 37 years.  He moved his family to Grandview Heights in 1966, where he lived out the rest of his life.

Gary was a very nostalgic person.  He often reminisced about summers spent fishing on the banks of the Olentangy River as a boy.  He loved family, Columbus and Ohio history.   He was fascinated by early native American cultures.  He enjoyed hunting for and collecting artifacts from local farm fields.    He once participated in an archeological dig with The Archeological Society of Ohio.  He inspired the same passion in his children and grandson.  His father lived and worked in Roseville, Ohio before he moved his family to Columbus.  Kenneth was employed as a decorator at the, now famous, Roseville Pottery Company during the 1930s and 40s.

At points in his life, Gary took up the hobbies of vegetable gardening and cooking.  He liked many styles of music and was known to cut a rug as a young man.  Gary attended church for a short time in his adult life, and he had a personal relationship with Christ.

Gary was a great judge of character and had an intelligent sense of humor.  He had strong opinions about everything. He believed a person should never turn down an opportunity to work.  He taught his children to save money for a rainy day, and to be careful whom they trust.   He was pragmatic and had lots of common sense.  He was right about most things, even though we sometimes wished he wouldn’t have been.  Most of all, he was trustworthy.  He said what he meant and did what he said he would do.  He was well-respected and loved by us all.

Following Gary's wishes there will be no services, per his request.

To send flowers to the family in memory of Gary Lynn Bishop, please visit our flower store.