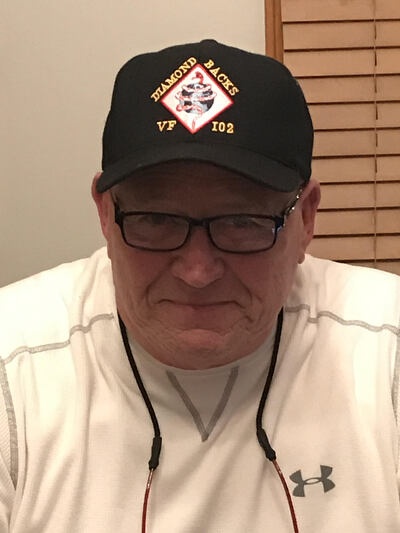 Fred Gardini Sr. of Hilliard, Ohio passed away, after a short illness, peacefully at home.  With the love of his life of 54 years by his side, he went home with the lord at the age of 75 on November 19, 2021.

Fred is preceded in death by his mother Josephine, and father Fred.  He is survived by his wife Cynthia, sister Mary “Brownie” Severine (Lou), Son Fred Gardini Jr (Kristen), Grand Daughters Alexandria and Abigail, and nieces and nephew.

Fred was born in Wheeling, West Virginia on   December 25, 1945.  He graduated from Bridgeport High School where he excelled in basketball and baseball, earning numerous honors.  He also graduated from Bethany College where he also played basketball and baseball.  He enlisted in the U.S Navy where he served in Fighter Squadron 102  and also played on the U.S Navy Baseball team.  After the service, he began a 20-year career in the radio business holding many positions including station manager.  He then transitioned into Auto Sales ending his career with Honda Marysville.

Fred loved life and especially loved his family.  He had many friends and cherished each one.  He never met a stranger and always put a smile on your face.  He loved the years of coaching his son's athletic teams and watching “all the boys” grow up.  He deeply loved his high school sweetheart and wife of 54 years. His two granddaughters were now the apples of his eye and he enjoyed watching them grow and their athletic accomplishments.  He was an avid Ohio State Buckeye and Pittsburgh Steeler fan, loved golf, but his true passion was fishing with his son and “ all the guys”.   He will miss his Tuesday night bass tournaments and all the friends he made there.

Fred requested no public service, but a celebration of life will be planned for early Summer.

To send flowers to the family in memory of Fred Gardini Sr., please visit our flower store.