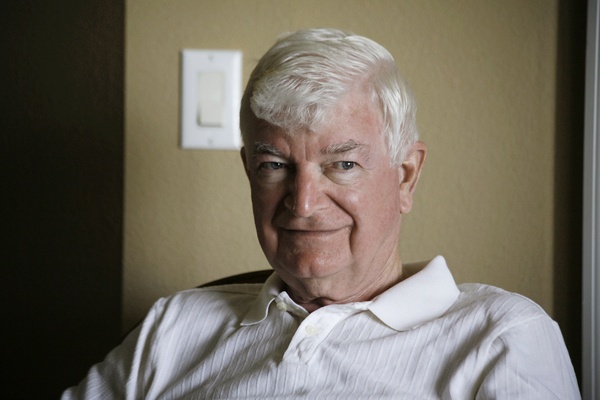 Edward E. Dixon, age 89, of Hilliard, Ohio, passed away on Sunday, February 20, 2022 at Kobacker House in Columbus, Ohio. Born in Catawba, Ohio to the late William and Nora Dixon, he was one of 13 children. Ed retired from the printing industry after many years of service and settled in Naples, Florida along with his wife, Carolyn. They returned to Central Ohio in 2018.  Ed's children wrote this wonderful tribute about him:

"My Dad was a man who knew no strangers, and welcomed anyone to his table.  He always had mom buy "extra" food so just in case someone stops by,  they can sit and eat with us. The saying if you have more than you need, build a longer table, not a higher fence always reminds me of my father.  Our kitchen table was the hub of our humble home built by our grandfather, on a gravel road outside of Grove City Ohio.  But it was a home filled with love, honor and lots of family time.  Dad loved our mom completely and married into a Lithuanian catholic family where polka's, accordion's, making wine and having fun were rather new to him.  When people said they wouldn't make it, they proved to them that love conquers all.  I have never seen a more dedicated husband and father.  Dad would take us outside after a long day at work to hit baseballs, shoot some hoops, walk on stilts, or take us piggy back riding on his strong shoulders.  I never knew him to be anything other than a strong man filled with faith and love.  Later in life mom and dad owned a printing shop and became self employed for the first time.  It didn't go as planned and they packed up and went to Charlotte for ten years.  It was there that he loved golfing, being respected in his workplace and eventually being recruited to Dalton Georgia where they lived on a mountain top in a home they both loved.  When the company was sold, he went to Florida to start a new job, and eventually ended up in Naples, Florida where Mom and Dad felt they were living in paradise. It's where we visited many times and spent many days in the pool with his grandkids, on the beach, Disney,  and just shopping.  His birthday twin, Aunt Frankie, moved down with her Uncle Johnny and they spent many hours together working on their crossword puzzles, going to lunch and playing Mexican Train. Diane and family spent many days boating and exploring the island with the grandchildren.  It was difficult to talk them into moving back to Ohio, but he has enjoyed the past few years being with his grandkids!  He was a spiritual man, who told me in his last days that he was "ready" and would be there for all of us. He came from a background of white revival tents and a father who was a Baptist preacher with 13 brothers and sisters.  His stories were inspiring, and he wrote a book about his life that brought us closer in understanding to how became who he was.  The grandkids always wanted to see the scar where a pig bit him...its' those silly things in life that brings us all closer. Life isn't what you make it. It's what you make out of your circumstances that leads us all to why we are here and how we are meant to love on one another.  Pouring into one another with love and light is what family is all about.  My dad was humble, kind and always there for us.  I know he is sitting next to the angels and will be watching over us until we meet again."

To send flowers to the family in memory of Edward E. Dixon, please visit our flower store.