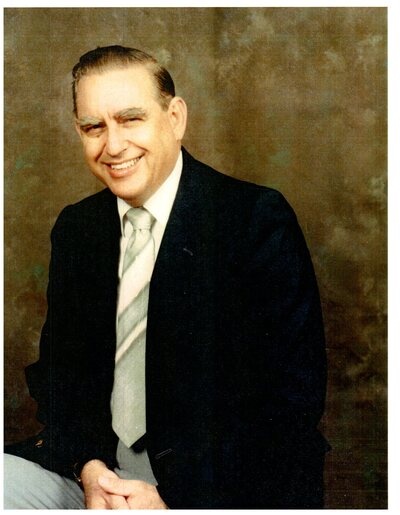 Earl Webster Sloniker was born on June 8, 1931 in Webb City, Missouri, to Martin Earl Sloniker and Lenore Beatrice Baker. He was the oldest of three and the only son. Earl passed away Friday, December 11, 2020, in Columbus Ohio at the age of 89. At age 16 he left home with a friend, fibbed about his age, and joined the Army in order to fight in WWII. He served in the Army Air Corps and then transitioned to the Air Force when it was created. He retired from the United States Air Force after a 22-year career in missile systems with the rank of Senior Master Sergeant on 1 August, 1968. He often reveled in the fact that he left home with nothing and created a comfortable living for himself over the years. He found a great companion in Louise Mary Grant Conway, and they married November 16, 1986. They enjoyed square dancing together and traveled the country attending conventions and visiting their children. As a member of The Church of Jesus Christ of Latter Day Saints, Earl served in many capacities including a service mission from 2016-2018. He enjoyed spending time with his grandchildren that lived close by, Hunter, Aaron, Jenna, Abigail and Triston Sayre. Earl was an avid reader and staunchly patriotic to America and principles of freedom. He is preceded in death by his parents, wife, Louise M. Conway Sloniker, son, David Lyn Sloniker, and sister Sandra Love. Earl is survived by sister Linda O. Rice, Worthington, Ohio; children: Donn (Sheila) Sloniker, Tim Sloniker, Verl Ann Sloniker, Terry Lee Sloniker, Dan Sloniker and Laura Santos, Wendy Sayre, Erin (Steve) Jensen, Shana (Reece) Garrett; numerous grandchildren and several great-grandchildren. Funeral Services will be held 4:00p.m. FRIDAY, DECEMBER 18, 2020 at the TIDD FAMILY FUNERAL HOME, 5265 Norwich Street, Hilliard, OH 43026 (614)-876-1722 where family will welcome friends one hour before the service beginning at 3:00p.m. FRIDAY with Mr. Tim Ortman, Moderator. Burial will be held at Elmwood Cemetery, Blaine, Wisconsin. DUE TO THE COVID-19 PANDEMIC, SOCIAL DISTANCING WILL BE OBSERVED AND FACIAL COvERINGS ARE REQUIRED FOR ENTRY INTO THE FUNERAL HOME. Please visit www.tiddfuneralservice.com to share a favorite memory of Earl or to send your condolences to his family.

To send flowers to the family in memory of Earl W. Sloniker, please visit our flower store.