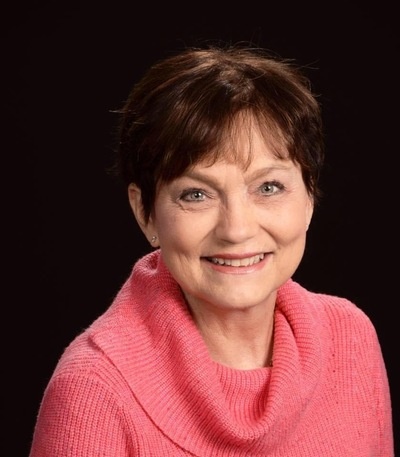 Deborah Mary Stansbury Jones, 72, of Hilliard, Ohio, passed away peacefully in the presence of her loving family on May 31, 2021 after a courageous battle with ovarian cancer.

Deborah was born March 31, 1949 in Morgan City, Louisiana. She was the valedictorian of the class of 1967 at Morgan City High School then graduated with a Biology major and Physics minor at Louisiana State University in 1971. A dedicated Air Force wife, Debbie was a teacher in numerous schools throughout the United States as she followed her husband’s career.

Debbie met her husband of 50 years, David Jones, at Louisiana State University in 1969 when he asked a friend “who is that girl and can I have a date with her,” the two most important questions he’s ever asked. They married June 5, 1971. Together they traveled throughout Europe, the Baltic, and St. Petersburg, Russia. After retiring, they settled and lived for many years in Beavercreek, Ohio.

Debbie had many accomplishments in her life, none more important than being a mother and grandmother. Throughout her illness, her greatest desire was that she would live long enough for her grandchildren to know her love. There is no question she succeeded.

A dedicated genealogist, Debbie brought to life thousands of ancestors through her meticulous research. Debbie served as a precinct captain of the Greene County Ohio GOP Central Committee. She also was a member of Noble Circle Sisters, a cancer support community, where she found many dear and supportive friends. She was a Court Appointed Special Advocate-Guardian ad litem (CASA) for six years, lending her voice on behalf of abused and neglected children.

Debbie is preceded in death by her parents Merlin Conrad Stansbury and Margaret Mary Cram and her stepfather Nicholas Paul Spinella. She is joyfully reuniting with them and her beloved grandparents Bruce and Mary Cram and Charles and Rita Stansbury. Debbie is survived by her husband, USAF Lt. Col. David K. Jones (ret), and her daughters Erin (Michael) Pettegrew of Hilliard, Ohio, and Courtney (Sean) Nealon of Jupiter, Florida, her brother Merlin “Chip” (Rena) Stansbury, her sister Maria (Robin) Preston, and grandchildren Samantha and Sydney Pettegrew and Conner and Claire Nealon and numerous nieces, nephews, aunts, uncles and cousins who were all precious to her.

Family will welcome visitors at Tidd Family Funeral Home in Hilliard, Ohio from 5-7 p.m. on Thursday, June 10, 2021. Her funeral will be held at Scioto Ridge United Methodist Church on Friday, June 11, 2021 at 11 a.m., Pastor Jason Wellman officiating. Debbie will be interred in Morgan City, Louisiana and a Celebration of Life will be held there later this year.

To send flowers to the family in memory of Deborah Jones, please visit our flower store.