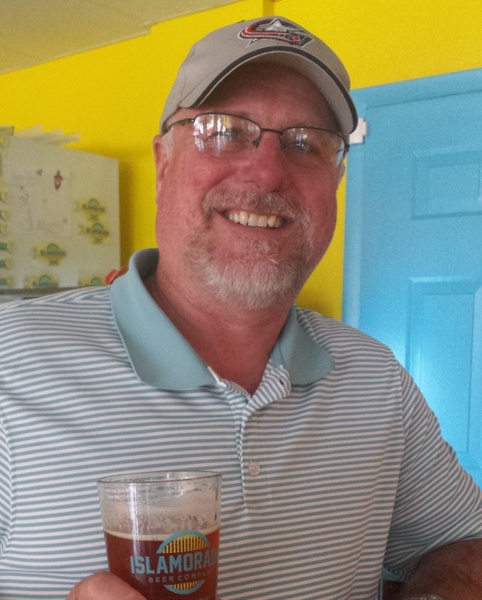 David L. Pearson, 61, of Hilliard, Ohio passed away peacefully, Tuesday, August 16, 2022, at the Kobacker House in Columbus, Ohio. Dave was diagnosed with metastatic colon cancer in October 2021. During the 10-month battle, he never lost hope and his optimism brought comfort to those around him.

Dave was a 1979 graduate of Green High School and a 1984 graduate of The Ohio State University, earning a BS in Surveying from the College of Engineering. After college, Dave began a rewarding 38-year career at the Franklin County Engineer's Office with his last position as the Director of Surveying and Tax Map.

He was an avid golfer and played in many golf leagues and golf outings through the years. He enjoyed his annual golf trip, especially to Pinehurst, NC.

Dave enjoyed his afternoon cocktail of vodka and tonic, a steak from the grill, vacations at the beach, pizza nights, strawberry rhubarb pie, murder mysteries, road trips in his Lincoln, anything involving a map, cheering on his favorite teams (too many to name) and, most of all, spending time with his friends and family.

Dave will be missed. He was a wonderful father, brother, friend, and mentor to so many.

We would like to thank all of Dave's medical providers and to everyone that provided support, a prayer, a loving thought or just a kind word during his valiant fight against cancer. The outpouring of kindness will never be forgotten.

To send flowers to the family in memory of David Pearson, please visit our flower store.