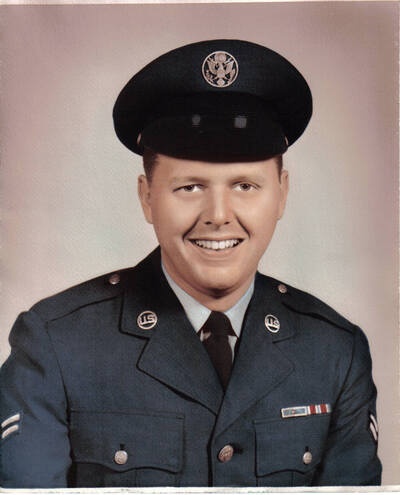 David was a graduate of Magnolia High School in New Martinsville, WV.  He was a veteran, having proudly served in the United States Air Force. Before retiring, David was employed by Ormet Corporation in Hannibal, Ohio, for approximately 35 years.

He was preceded in death by his parents Melvin L. Moser and Dortha Moser, and daughter Lisa Moser Osbourne.

David is survived by his wife of 61 years, Mary Jane Batton Moser, son Steve and wife Julie of Nashville, TN, and his loving grandchildren Hayden, Alivia, Claire, and Sophie, all of Nashville TN and Cole and Joey Osbourne and Brandon and Morgan Ludke of Hilliard, OH.

He is also survived by brother and sister-in-laws Don and Bonnie Batton of Virginia and Phil and Betty Lou Rine of Florida, and many nieces and nephews.

David was a faithful member of the Fishinger and Kenny Church of Christ, 1130 Fishinger Rd, Upper Arlington, OH, 43221 where his memorial services will be held on Saturday, August 28 at 1:30 PM EST.

To send flowers to the family in memory of David A. Moser, please visit our flower store.