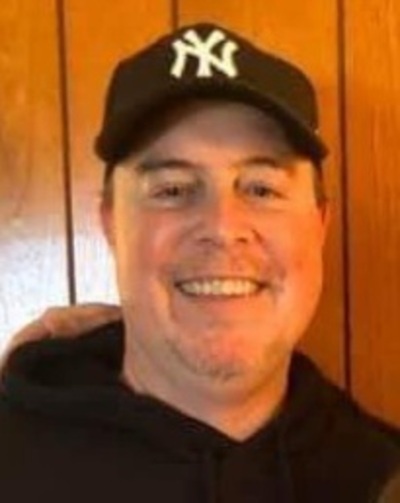 David Dever, 46, of Galloway Ohio on passed away on March 10, 2021.  He graduated from Hilliard Davidson High School in 1992 and attended Wilmington College following high school but returned to the Columbus area where he lived throughout his adult life.

As a child, David kept his parents and family on their toes.  We’re pretty sure he went from crawling to running, and if we could’ve bottled his energy, our family would’ve never had to work again.  He snuck out the front door at age one, made his mother think there was a power outage when he shut off the breaker to the house when he was three, and took years off the life of a chimney worker by following him up the ladder to see what he was doing when he was four.  As a result, he had a latch on the outside of his bedroom door to save him from himself and so the rest of the family could get some sleep.  In later years, he used that latch to his advantage to trap his big sister and her friend in the room while they were supposed to be babysitting him.

David’s natural energy and athleticism led to a lifetime love of all sports.  He played soccer and baseball while in school and traveling softball well into his 30s.  Once his playing days were over, David was an active umpire for softball around the state of Ohio where he spent most of his summers and made great friendships with too many people to count.  He was a huge Dallas Cowboys fan, held season tickets to the Columbus Blue Jackets for some years, and much to his family’s chagrin, rooted for that maize and blue team up north who will remain nameless at the discretion of this Buckeye loving writer.

Anyone who knew David was aware he had an incredible gift of gab to put it mildly.  He didn’t know a stranger and would tell anyone that would listen to him the most incredible stories they’d ever heard.  Walt Disney had nothing on him and we’re still not sure which ones were true, but we enjoyed them all.  He could take any situation and find humor in it, was quick-witted and hilarious, and even people he drove nuts would talk to him just to see what he had to say.

David worked as a contractor for Moore Drywall and Paint for years, and was an independent contractor following that.  In his younger years he spent time in the restaurant industry, which led him to become a great cook, a talent that was enjoyed greatly by his family and friends.

David was a proud dad of daughters Jordan and Brooklyn, who he loved unconditionally.  He was also a great friend to many, was generous with what he had, and helped those in need more than we will ever know.

Please join us for a celebration of David’s life on Sunday, April 25 from 2:00-4:00 p.m. at Bankshot Billiards & Sports Bar, 3201 Hilliard-Rome Road, Hilliard, Ohio.  Our family requests only that you share your favorite stories about David and would like to thank all of you for your love and support.

To send flowers to the family in memory of David Dever, please visit our flower store.